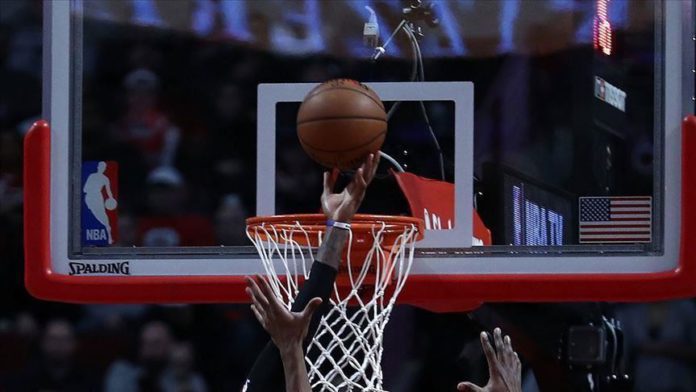 The Denver Nuggets and Toronto Raptors defeated their opponents on Saturday evening to tie their series in the NBA Playoffs, which continues at Disney Complex in Orlando.

The Nuggets beat the Los Angeles Clippers 110-101 to tie their Western Conference semifinal series at 1-1, behind stellar performances from star duo Jamar Murray and Nikola Jokic.

Jokic had a strong double-double with 26 points and 18 rebounds, while Murray scored 27 points and dished out 6 assists.

The Nuggets’ defense managed to hold the Clippers to 44 points in the second half, while superstar Kawhi Leonard was limited to 13 points on 4-of-17 shooting.

In the other game of the day, the Raptors defeated the Boston Celtics 100-93 to even the Eastern Conference semifinals series at 2-2.

Raptors’ star point-guard Kyle Lowry scored 22 points, grabbed 11 rebounds, and made 7 assists in an all-around performance, while Pascal Siakam helped Lowry with 23 points and 11 rebounds of his own.

For the Celtics, Jayson Tatum scored 24 points and grabbed 10 rebounds, while Kemba Walker scored 15 points and made 8 assists in the losing effort.

Formula 1 fever to continue in Hungary this weekend