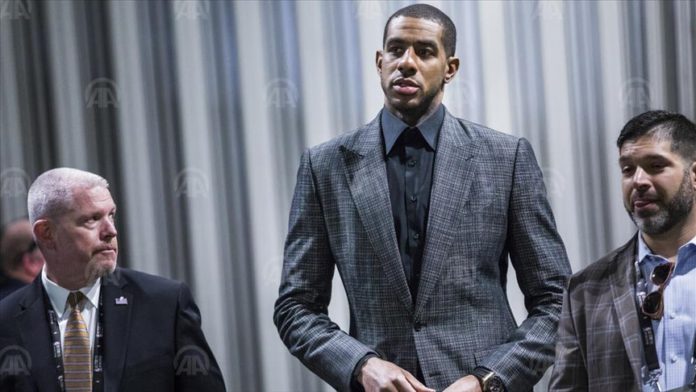 LaMarcus Aldridge, a Brooklyn Nets player, on Thursday announced his sudden retirement due to an “irregular heartbeat.”

“My last game, I played while dealing with an irregular heartbeat. Later on that night, my rhythm got even worse which really worried me even more … With that being said, I’ve made the difficult decision to retire from the NBA. For 15 years, I’ve put basketball first, and now, it is time to put my health and family first,” 35-year-old Aldridge said in a statement on Twitter.

The American center-forward thanked his previous teams Portland Trail Blazers and San Antonio Spurs, as well as the current one, the Nets.

Aldridge started his career in the Trail Blazers, playing there in 2006-2015.

During his entire NBA career, Aldridge played in 1,029 games to average 19.4 points and 8.3 rebounds per match.