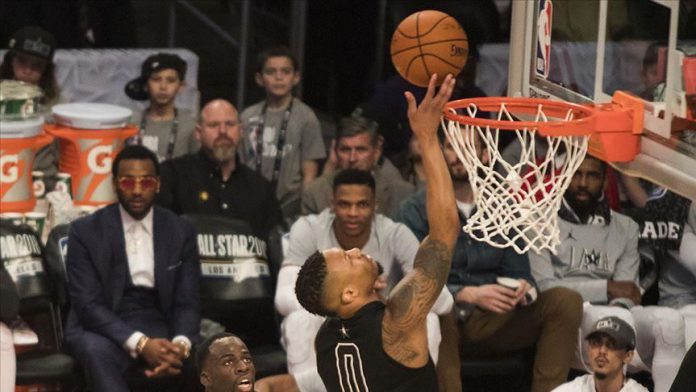 Damian Lillard set a franchise record in the NBA with 61 points as the Portland Trail Blazers beat the Golden State Warriors 129-124 on Monday night.

With 10 rebounds, Lillard also got his 10th double-double this season.

Hassan Whiteside had a double-double with 17 points and 21 rebounds for the Blazers.

The Boston Celtics routed the Los Angeles Lakers in a decisive 139-107 victory, improving to 28 wins and 14 losses

It was the Lakers’ worst defeat of the season.

One year on, Hong Kong politics yet to settle down