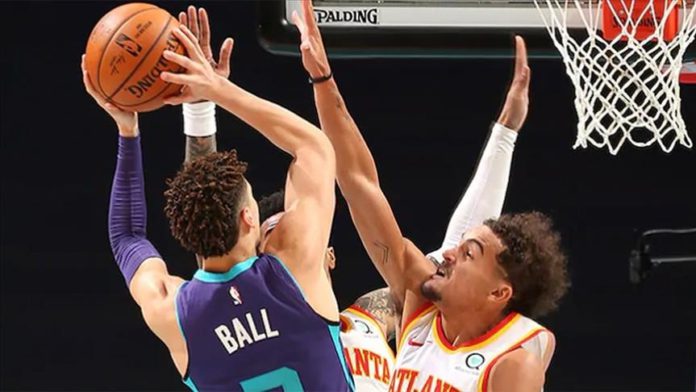 Ball shot 9/13 from the field, including 3/5 from the three-point line and was instrumental in the win. The Hornets’ Terry Rozier, 23 points, and PJ Washington, 22 points, accompanied Ball in the scoring column.

For the visiting Hawks, five players scored in double digits led by Cam Reddish, who scored 21, but they came up short.

Due to COVID-19 protocols, the Philadelphia 76ers had to play with a total of 7 players against the Denver Nuggets, last season’s Western Conference finalists.

The 76ers showed up with eight players, but Mike Scott did not dress out and stayed on the bench to become the eighth player for the team to avoid a forfeit.

The Nuggets beat the Sixers 115-103, improving to 4 wins and 5 losses in the season, while the Sixers dropped to 7 wins and 3 losses, but still continue to lead the Eastern Conference.