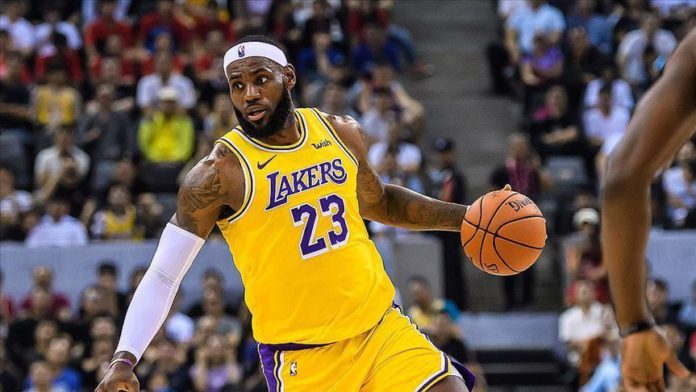 The Los Angeles Lakers beat the Miami Heat 106-93 late Sunday to win their first NBA Finals in 10 years and clinched their 17th title in franchise history.

It became the fourth NBA championship for James, who played his 260th playoff game on Sunday — a record. He was also awarded the NBA Finals Most Valuable Player (MVP) Award for the fourth time.

The 35-year-old veteran won the award and the title twice with the Miami Heat in 2012 and 2013 and with his home state franchise the Cleveland Cavaliers in 2016.

“I came here to put this franchise back where it belongs,” said the 16-time All-Star, referring to the Lakers.

While James opted out of his contract with Cleveland and signed with Los Angeles in July 2018, Davis joined him a year later with a trade to make the Lakers once again a powerhouse.

The Lakers had three dynasties dominating the league throughout history, first of which came during the 1950s with Hall of Famer George Mikan, who led the franchise to its first five NBA championships when it was located in Minneapolis.

After the franchise moved to Los Angeles in 1960, the Lakers won five more titles during the 1980s with their nickname “Showtime” with their run-and-gun offense and flashy moves led by Magic Johnson, James Worthy and Kareem Abdul-Jabbar.

The organization won another five titles during the 2000s — a three-peat coming with power-duo Shaquille O’Neal and Kobe Bryant and the last two titles with Bryant and Pau Gasol. All five teams were coached by Phil Jackson.

The Lakers won their last NBA championship with Bryant and Jackson in 2010 when they beat in Game 7 their historic rivals the Boston Celtics, which also have 17 titles in franchise history.

Bryant died at the age of 41 along with his 13-year-old daughter Gianna and seven other passengers in a helicopter crash on Jan. 26 this year in California.