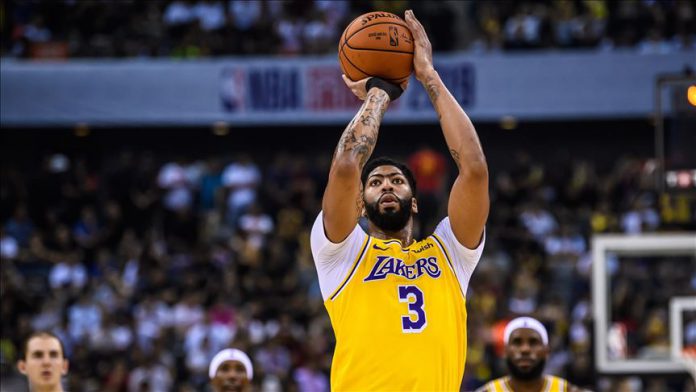 It was the Lakers’ sixth victory in a row and 30th win this season.

Lakers star Anthony Davis left in the third quarter after falling and landing hard on his back.

Meanwhile, the Detroit Pistons beat the Cleveland Cavaliers 115-113 for their 14th victory this season.

Pistons’ Andre Drummond had a double-double with 23 points and 20 rebounds.

Here are Tuesday’s results in the NBA: