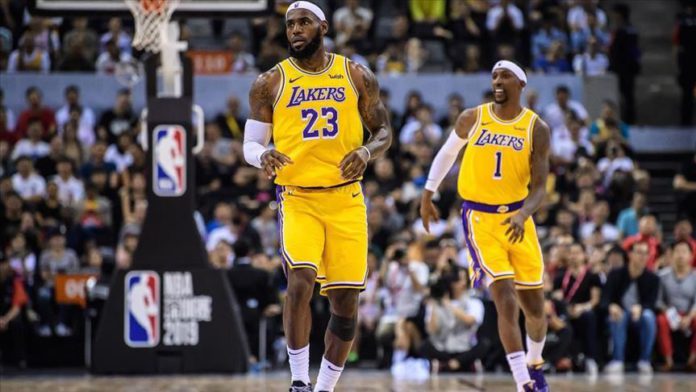 The Los Angeles Lakers advanced to the Western Conference Finals for the first time since 2010 after beating the Houston Rockets 119-96 and winning the semifinals series 4-1.

LeBron James’ 29 points, 11 rebounds and seven assists led the way for his team, as the Lakers were ahead from start to finish.

The Lakers used a 23-7 first-quarter lead and had an 11-point halftime advantage. The lead widened to 26 points going into the final frame as they advanced to the next round.

Including James, a total of six players scored in double digits for the Lakers, as opposed to only three players for the Rockets, led by James Harden with 30.

The Rockets’ other superstar, Russell Westbrook, only scored 10 points.

The Lakers grabbed 19 more rebounds than the Rockets, the team that shocked the league when they traded their only center, Clint Capela, to go for an all-small team with PJ Tucker (196 cm) as their big man down low.

The Lakers will face either the Los Angeles Clippers or Denver Nuggets, the teams that are currently facing each other in the other semifinals series.