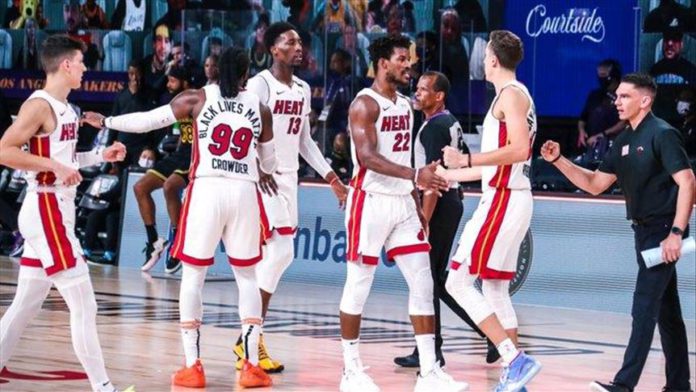 The Miami Heat beat the Los Angeles Lakers 111-108 late Friday in Game 5 of the NBA Finals to force a Game 6.

The Eastern Conference champions now trail 3-2 in the best-of-seven series against the Western champions in Orlando, Florida where games resumed in August after the season was suspended in March due to COVID-19.

Jimmy Butler scored 35 points, grabbed 12 rebounds, dished 11 assists and had five steals in a triple-double performance for the Heat, while Duncan Robinson added 26 points with 5 boards and 2 assists.

Danny Green, who managed 8 points in more than 23 minutes on the court, missed an open three-point shot in the final seconds.