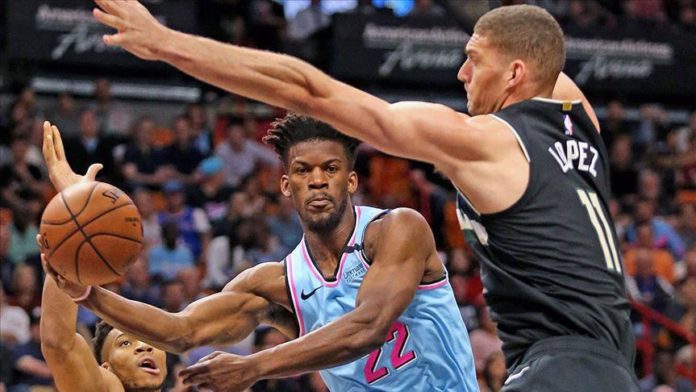 Jimmy Butler and the 5th-seed Miami Heat defeated the 1st-seed Milwaukee Bucks 115-104 in the Eastern Conference semifinal matchup on Monday night in the NBA, to go up 1-0 in the best-of-seven series.

The playoff games resumed starting from Saturday following a series of commitments reached between players and the league after a strike that halted play, after the NBA called off three playoff games on Wednesday after the Milwaukee Bucks decided not to participate in the wake of the police shooting of Jacob Blake in Kenosha, Wisconsin. Their action started a chain reaction of boycotts that spread through the league’s playoff teams, MLB, the WNBA and Major League Soccer.

For the Bucks, Khris Middleton’s 28 point and Brook Lopez’s 24 point-performances were not enough, as Bucks’ superstar Giannis Antetokounmpo scored 18 points, grabbed 10 rebounds and dished out 9 assists.

In the other match of the night, the Oklahoma City Thunder forced a Game 7 against the Houston Rockets in the Western Conference first-round matchup, beating their opponent 104-100 thanks to Chris Paul’s 28 points and 7 assists.

In the do-or-die match against the Rockets, the Thunder came up big as Danilo Gallinari scored 25 points and hit clutch free throws with 3.8 seconds to go.

New Orleans Pelicans forward Brandon Ingram has been honored with the 2019-20 Kia NBA Most Improved Player award, the NBA said.

It added that Ingram, 23, is the first New Orleans player to win this prize.

Ingram was a Los Angeles Lakers player between the years 2016 and 2019.