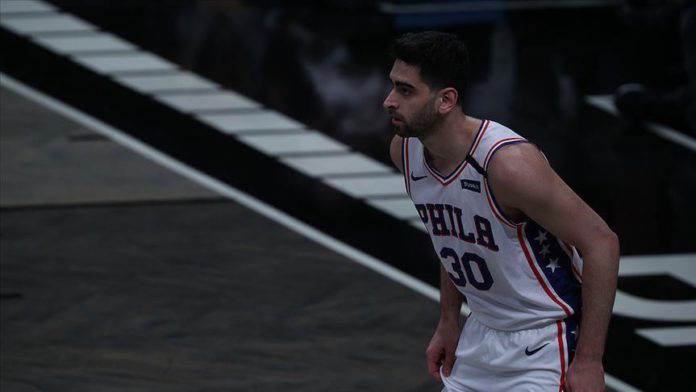 The Toronto Raptors beat the Philadelphia 76ers on Wednesday night to record their 52nd win of the NBA season.

The 76ers’ Tobias Harris was the highest scorer of the game with 22 points, six rebounds, and five assists.

Turkish international Furkan Korkmaz also chipped in with 21 points and five rebounds but his efforts proved to be in vain.

The Milwaukee Bucks’ forward Giannis Antetokounmpo has been suspended for one game for headbutting the Washington Wizards’ Moritz Wagner in Tuesday night’s game.

The incident happened during a stoppage in the game that ended in 126-113 victory for the Bucks.

Antetokounmpo will now miss his team’s next game against the Memphis Grizzlies.

The Milwaukee Bucks, who lead the Eastern Conference, will face eighth-placed Orlando Magic, while second-seeded Toronto Raptors will take on the Brooklyn Nets, who are in seventh spot.

Boston Celtics, who are third in the conference, will play sixth-placed Philadelphia 76ers, as fourth-seeded Miami Heat take on the Indiana Pacers, who are in fifth spot.

Los Angeles Clippers, who are second in the division, will face seventh-seeded Dallas Mavericks, while third-placed Denver Nuggets will take on Utah Jazz, who are in sixth spot.

Fourth-seeded Oklahoma City Thunder will play the Houston Rockets, who are in fifth position.