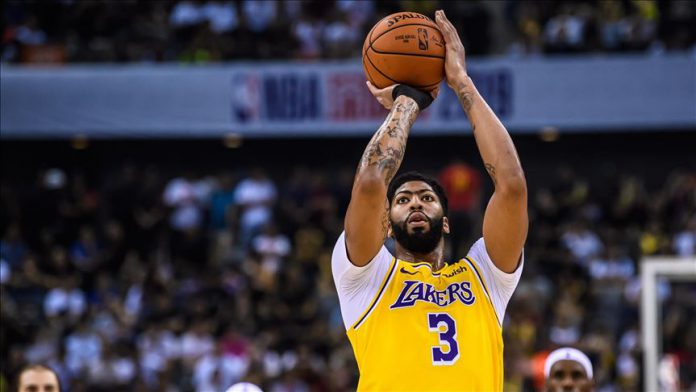 The Lakers’ new star Anthony Davis’ breakout performance led his team to the victory over Grizzlies at the Staples Center, posting a double-double with 40 points and 20 rebounds in three quarters.

Davis recorded fourth ”40-point, 20-rebound” game in his career as he became the sixth Laker to do it following Elgin Baylor, Wilt Chamberlain, Kareem Abdul-Jabbar, George Mikan and Shaquille O’Neal.