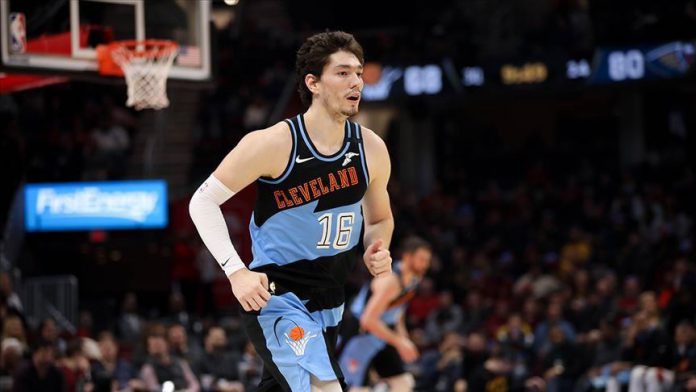 The Cleveland Cavaliers defeated the Washington Wizards 113-108 in the NBA on Friday night, with a notable contribution from Cedi Osman.

Turkish international Osman finished with 16 points and 10 rebounds, a “double-double” to help his team get their 15th win of the season.

For the Wizards, Bradley Beal’s 26 points and Rui Hachimura’s 17 points were not enough.

The Cavs are still at the bottom of the Eastern Conference, they