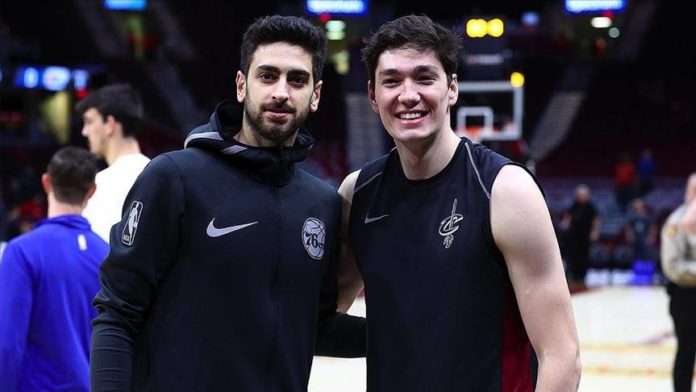 Philadelphia 76ers claimed a 130-114 victory over Indiana Pacers as the Turkish guard Korkmaz helped his team with 19 points at Wells Fargo Center Philadelphia.

The Sixers’ Shake Milton was the highest scorer of his team with 26 points in the home victory.

Another Turkish player Osman led Cleveland Cavaliers to a road win at Houston.

Osman finished with 11 points and five rebounds in the 101-90 away victory at the Toyota Center.

Brooklyn Nets claimed a 124-113 win over San Antonio Spurs in overtime on Tuesday, thanks to James Harden’s 30-point triple-double.

Harden was on fire with a triple-double in victory as he played with 30 points, 15 assists, 14 rebounds at San Antonio’s AT&T Center.

For the losing side, Austrian center Jakob Poeltl and DeMar DeRozan performed double-double.

Poeltl scored 14 points and 12 rebounds, whereas DeRozan finished with 22 points and 11 assists.

With this win, second-place Nets improved to 23-13 in the Eastern Conference standings.

Joakim Noah to retire with Bulls

The two-time All-Star Joakim Noah will retire from NBA after 13 seasons, an NBA insider announced on Monday.

The 36-year-old plans to retire with Chicago Bulls, he added.