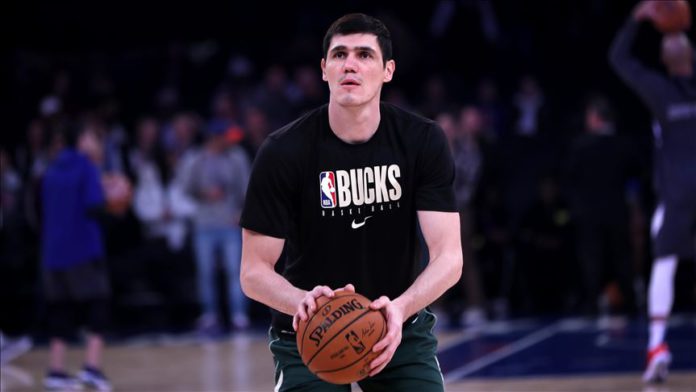 The Sacramento Kings will acquire Turkish power forward Ersan Ilyasova in a trade with Milwaukee Bucks, an NBA insider claimed on Tuesday.

As part of the exchange deal, Sacramento’s Bogdan Bogdanovic — former Fenerbahce guard — will join the Bucks, according to Adrian Wojnarowski.

“The Bucks are trading Donte Divincenzo, Ersan Ilyasova and DJ Wilson in the deal to the Kings, sources said,“ he tweeted. “Kings will also send Justin James to the Bucks in the deal, per sources.”

The Bucks will also acquire all-star point guard Jrue Holiday as part of a trade with the New Orleans Pelicans, Shams Charania, an analyst at The Athletic NBA, said on Twitter.

In return for Holiday, the Pelicans will get Eric Bledsoe, George Hill along with two future draft pick swaps and three first-round picks, he added.