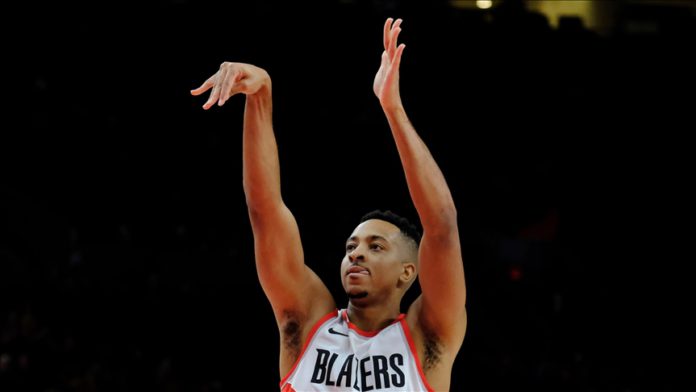 Portland Trail Blazers won against Toronto Raptors with a 122-117 score in an NBA game on Monday.

The Blazers’ CJ McCollum was the highest scorer of this team with 23 points and seven rebounds at Amalie Arena.

Robert Covington and Damian Lillard made double-double in the victory.

For the losing side, Cameroonian forward Pascal Siakam finished with 26 points and eight rebounds.

Canadian center Chris Boucher came off the bench to add 18 points and 11 rebounds.

Following this win, six-place the Blazers improve to 28-18 win/loss record in the Western Conference.

“Andre Drummond gives us powerful, anchor-point skills on both ends of the court. We feel extremely fortunate to add a player of his caliber and magnitude to our core group at this stage of our journey to defend the NBA title,” Vice President of Basketball Operations Rob Pelinka said in a statement.

LaMarcus Aldridge, who is a seven-time All-Star forward agreed to sign with the Brooklyn Nets for the rest of the season, the club said in a statement.

“The Brooklyn Nets have signed free agent forward LaMarcus Aldridge. Per team policy, terms of the deal were not released,” the Nets added.

The 35-year-old has averaged 19.4 points and 8.3 rebounds in his 15 NBA seasons that included nine years with Portland.