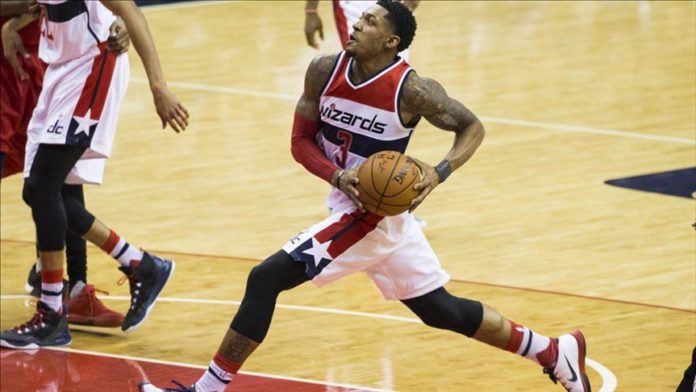 The Washington Wizards star Bradley Beal on Wednesday set a career record, scoring 60 points in a single game but his team lost to the Philadelphia 76ers, 141-136.

The 27-year-old guard had also 7 rebounds and 5 assists for the Wizards in Philadelphia.

Wizards’ point guard Russell Westbrook had a “double-double” with 20 points and 12 assists.

The 76ers’ top scorer was Joel Embiid. The 26-year-old center had 38 points and grabbed 8 rebounds.

The 76ers’ Turkish shooting guard Furkan Korkmaz did not play in this game.

The Wizards had their 6th loss of the season, they won 2 games.

In the other game of the night Milwaukee Bucks won against Detroit Pistons 130-115 in Milwaukee.

After the opening tip, players of both teams have taken a knee to protest the social injustice in the US and the US Capitol breach.

A similar protest was also held in the Miami Heat – Boston Celtics game as both team players did the same act during the US national anthem in Miami.

No charges will be filed against the white police officer who last August shot Jacob Blake, who is Black, leaving him paralyzed, Kenosha County District Attorney Michael Graveley said Tuesday.

So before the games, the players protested the Kenosha attorney’s decision.

The Orlando Magic point guard Markelle Fultz will be unavailable for the 2020-21 season as the 22-year-old got the anterior cruciate ligament (ACL) torn in his left knee on Wednesday night.

Fultz was injured in the first quarter while driving to the rim in the match against Cleveland Cavaliers.

The Orlando Magic PR said on Twitter that Fultz underwent medical scans and will be sidelined for the remainder of the season over the ACL injury.

The Magic without Fultz beat Cavaliers 105-94 in Orlando.