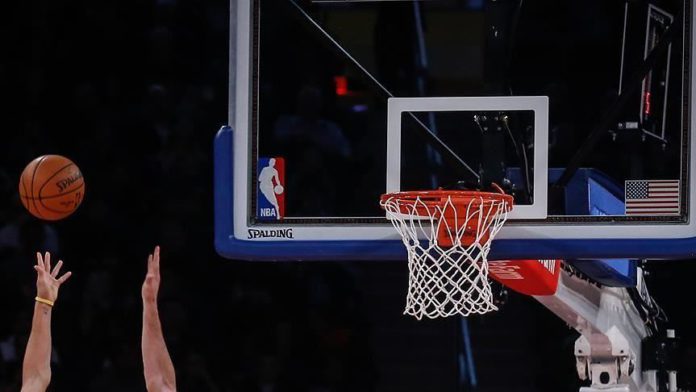 After a four-month dry spell due to the pandemic, America pro basketball charged back into action Friday night with social justice sharing the spotlight with the hoops.

In the first matchup of the evening, the New Orleans Pelicans and Utah Jazz knelt during the national anthem before the start of the game, all wearing “Black Lives Matter” t-shirts.

Instead of their names, the backs of the player jerseys also bore messages such as “Peace,” “Equality,” “Say their names,” and “Freedom.”

The Jazz defeated the Pelicans 106-104, with Rudy Gobert hitting go-ahead free-throws with just 7 seconds to go in the game. Utan’s Jordan Clarkson was his team’s high scorer, racking up 23 points off the bench.

Donovan Mitchell and Mike Conley each scored 20 points and played a part in the victory. The Jazz improved to 42 wins and 23 losses and is currently in fourth place in the Western Conference, having already clinched a place in the playoffs.

For the Pelicans, Brandon Ingram scored 23 points, Jrue Holiday scored 20, and JJ Redick chipped in with 21 points coming off the bench. They are fighting for a playoff spot with 28 wins and 37 losses.

In the other match of the night, there was a Southern California showdown as the Los Angeles Lakers defeated the LA Clippers 103-101.

Both teams also knelt alongside during the national anthem, with several players sporting jersey message such as “Black Lives Matter,” “Justice,” and “Liberation.”

During the tightly matched-up game, Paul George scored 30 points for the Clippers, including the three-pointer that tied the game at 101 with 28 seconds to go. Reigning Finals MVP Kawhi Leonard scored 28 points for his team as well.

But the victory belonged to the Lakers as LeBron James scored the go-ahead basket after a missed shot, following the rebound.

Anthony Davis scored a game-high 34 points for the Lakers, including 8 rebounds and 4 assists.

The Lakers improved to 50 wins with the victory, leading the Western Conference as the Clippers fell to 44 wins and 21 losses, good enough to clinch the second spot in the conference.

Coronavirus deaths in France near 15,000: Ministry