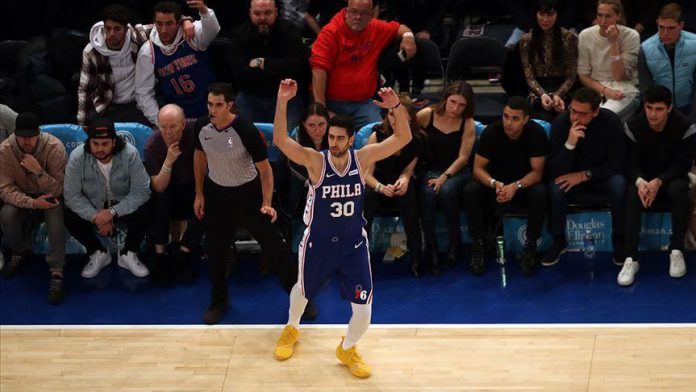 Philadelphia 76ers point guard Ben Simmons put up a career-high with 17 assists in a triple-double, Turkish international Furkan Korkmaz broke his own record with 21 points to beat the Detroit Pistons 125-109 in the NBA on Monday night.

With two career highs from Simmons and Korkmaz along with 35 points from Tobias Harris, the 76ers defeated the Pistons for their 22nd victory this season.

Simmons finished with 16 points, 17 assists and 13 rebounds while Korkmaz produced 21 points, 4 rebounds and 3 steals in 21 minutes.