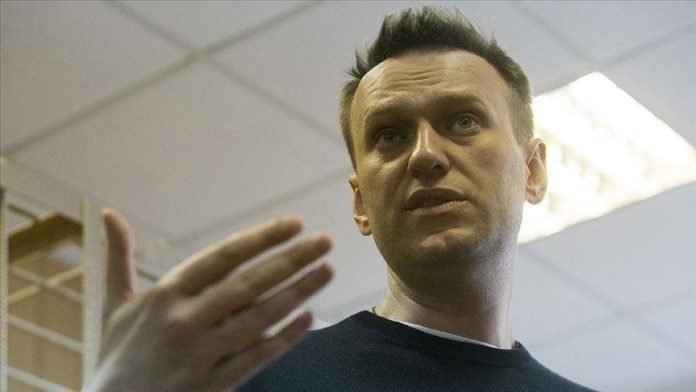 Two UN human rights experts Monday said an international investigation into last year’s poisoning of Alexey Navalny must remain a priority, stressing the urgent need to find the truth about what happened to the Russian opposition figure.

“The focus of our investigation was really to identify and determine the extent of state responsibilities for this attempted killing,” said Callamard, speaking from New York at a hybrid press conference hosted in Geneva.

“It is our conclusion that Russia is responsible for the attempted arbitrary killing of Mr. Navlany,” she added.

The experts said they believe Navalny’s poisoning with Novichok might have been deliberately carried out to send a “clear, sinister warning” that this would be the fate of anyone who would criticize and oppose the government.

“Novichok was precisely chosen to cause fear,” they said.

Asked about the safety of Navalny since he was recently transferred to a prison colony, Khan said from Geneva: “Mr. Navalny is a Russian citizen, in Russia under the control of the government, and therefore it is their responsibility to ensure that he remains safe.”

The two experts published an official letter sent to Russian authorities in December, following a four-month investigation into Navalny’s poisoning in August.

The letter was made public after the end of a 60-day confidentiality clause, but the government in Russia has yet to respond, they said.

The experts cited how toxicology tests conducted in Germany, France, Sweden, and the Organization for the Prohibition of Chemical Weapons (OPCW) found that Navalny was poisoned with a novel form of the Novichok nerve agent.

It was of the type developed initially by the Soviet Union and then by Russia, and only the Russian state is known to have manufactured the poison.

“The availability of Novichok and the expertise required in handling it and in developing a novel form such as that found in Mr. Navalny’s samples could only be found within and amongst State actors,” the UN experts said.

The experts detailed the evidence pointing to government officials’ likely involvement in the poisoning, presumably at a high level.

Navalny was under intensive government surveillance at the time of the attempted killing, making it unlikely any third party could have administered such a banned chemical without the knowledge of Russian authorities, the letter said.

“The use of Novichok violates Russia’s commitments under the Chemical Weapons Convention. It was meant to kill Mr. Navalny and, as such, constitutes a violation of the prohibition against arbitrary killings.

“Due to the physical pain and suffering inflicted on the victim, it may well amount to a form of torture or other cruel, inhuman or degrading treatment or punishment.”

The experts found that the attack against Navalny falls into a broader trend, observed over several decades, of arbitrary killings and attempted killings of Russian citizens and government critics, both inside Russia and abroad.

“The Government cannot escape its obligations under international human rights law by denying responsibility for the act itself. Even in the unlikely event that a third party could somehow have committed this act, Russia would have failed in its obligation to protect the life of Mr. Navalny against such non-state actors.”