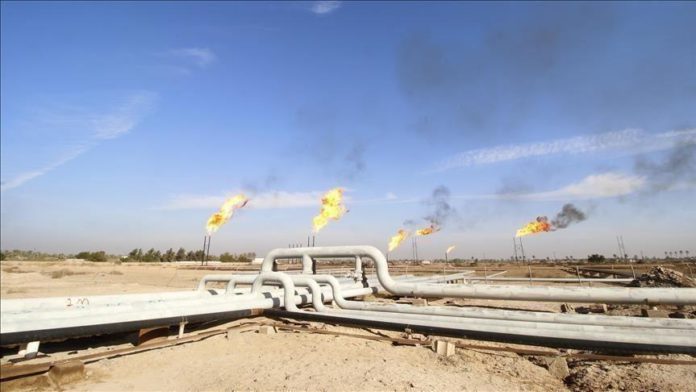 A surge in natural gas prices on the global market has emerged from rising carbon prices in Europe, a drop in gas from pipelines and a contraction in liquefied natural gas (LNG) capacity, as well as the coronavirus epidemic, a visiting lecturer at Bilkent University Energy Policy Research Center, Sohbet Karbuz, told Anadolu Agency (AA).

Karbuz said the natural gas market has been in upheaval not only from the rapid depletion of natural gas stock in Asia and Europe as a result of the cold winter conditions and the lower-than-expected temperatures in spring but also from the coronavirus pandemic.

He said greater industrial and electricity production, which rebound with the relaxation of pandemic restrictions, also contributed to the boost in demand in conjunction with the cold weather conditions.

He also attributed the increase in prices to a rise in carbon prices in Europe and the need for gas to fill the vacuum in demand from lower renewables generation.

“The prices were around $25 per ton in November 2020, now it’s over $50. As such, the transition from coal to gas accelerated. Wind and solar also failed to deliver what was expected in electricity generation in Europe,” he explained.

The gas market in Asia, which has seen natural gas demand increase, has changed with China overtaking Japan as the world’s largest LNG importer in the past six months.

According to Karbuz, Japan’s demand will be affected by the Tokyo Olympics, which will start on July 23. As Japan’s gas stock situation is in question due to the Olympics, it is likely that greater competition among importers and higher prices will be seen because of more demand.

He explained that the LNG market has pivoted away from Europe towards Asia, resulting in higher LNG prices this year in Europe.

“Europe is in a difficult situation in terms of price. LNG prices are increasing. There has been a decrease in LNG input capacity due to maintenance and malfunctions in some LNG facilities in Europe, which is considered as the last supplier,” he said.

The shortage in gas supplies has arisen from Russia’s reluctance to exceed its normal contract with supplies to Europe.

“Russia sends gas almost at full capacity from Yamal [liquefied natural gas terminal] and through the Nord Stream [gas pipeline]. It could increase the flow through Ukraine, but it does not want to exceed the normal contract amount. There is a geopolitical war,” he said.

Successive problems with gas imports from Libya to Italy in June have further contributed to the shortage.

Karbuz said with the contraction in pipe gas and LNG extraction capacity, LNG prices increased and are reflected in hub prices.

“The Netherlands’ TTF prices have hit historical records in the past few days.”

As of the end of June, gas stocks in Europe dropped to the lowest level in the past 10 years, culminating in near seven-fold price increases.

He warned that this does not bode well for having balanced prices in the winter when demand is at its highest and supply is low.

“If the weather is bad and there is not enough gas in the tanks, then there will be a big turmoil in gas prices. There is too much price volatility,” he noted.