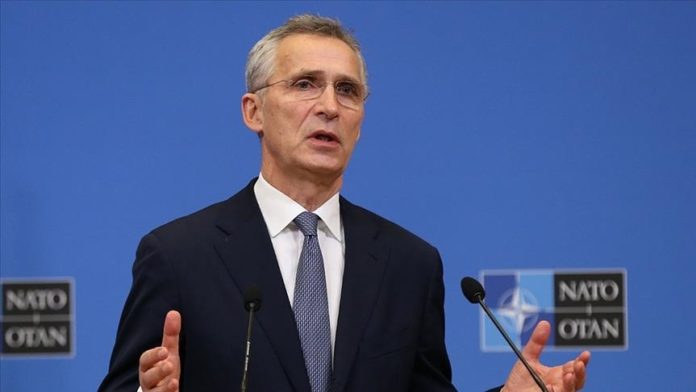 “The more successful Ukraine is in implementing reforms, the closer Ukraine hopes to meet NATO standards, and the closer you can come to the NATO membership,” Jens Stoltenberg said at joint press conference following his meeting with Ukrainian Prime Minister Denys Shmyhal.

Stoltenberg stressed that “NATO’s door remains open,” adding that NATO leaders would discuss the military alliance’s enlargement policy during their meeting in Brussels.

He also announced that NATO had increased its presence over the Black Sea by three US naval ships and boosted air policing because “we recognized its great strategic importance for the allies and Ukraine.”

Stoltenberg explained that NATO had been constantly adjusting its presence over the Black Sea so that “it would not be dominated by one country, Russia.”

Asked about the recent developments in Moscow, Stoltenberg condemned the sentencing of opposition leader Alexey Navalny and asked for his and his detained supporters’ unconditional and immediate release.

He also criticized the Russian security forces for their “use of violence to suppress legitimate opposition voices,” adding that last week’s ruling on Navalny was a “perversion of justice, targeting the victim of a targeted assassination by a chemical agent.”

The opposition leader was arrested in the Russian capital upon his return on Jan. 17 from Germany where he had received treatment after poisoning by a military-grade chemical agent belonging to the Novichok group.

WHO criticized for ‘contradictory' COVID-19 statements