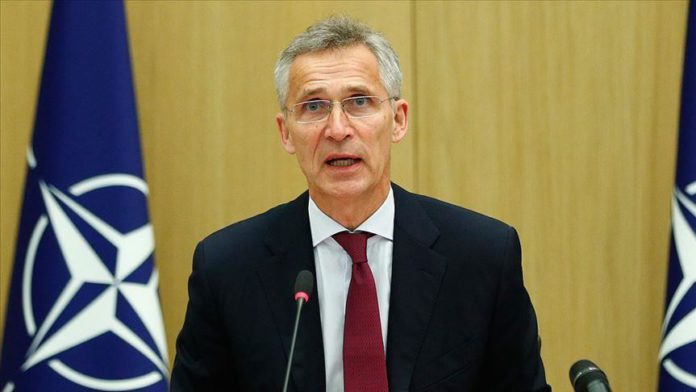 NATO won’t get caught in a new arms race, but it needs to respond to Russia’s investments in new military capabilities, the head of NATO told reporters on Wednesday.

“The COVID-19 crisis doesn’t mean that other challenges have gone away. State and non-state actors continue their attempts to destabilize, disrupt, and divide allies,” Secretary General Jens Stoltenberg said after the first day of a defense ministers virtual conference.

He called Russia’s assertive behavior the most important challenge, adding that its nuclear rhetoric is dangerous.

At the same time, he insisted that the military alliance has no intention of mirroring Russian measures or deploying new land missiles in Europe.

At today’s meeting, NATO defense ministers decided to develop their integrated air system, including the deployment of fifth-generation fighter aircraft, he said.

The transatlantic alliance also plans to advance its intelligence services and cyber capabilities.

The allies also recognized China’s rising global influence, saying it needs to be accompanied by a more active participation in international arms control.

The NATO ministers confirmed their commitment to maintaining long-term security in Afghanistan and Iraq.

They also agreed to increase NATO activities in Iraq, with the consent of the government and the international community.

The ministerial meeting will continue on Thursday on preparing the alliance for a potential second wave of the coronavirus pandemic.

US voices solidarity with Lebanon after Beirut blast