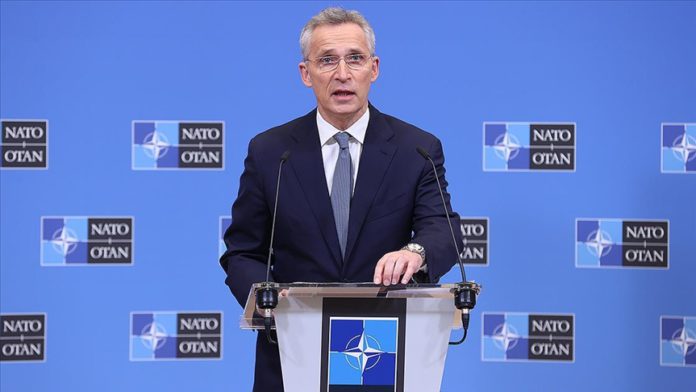 NATO monitors the situation on the Ukrainian border closely but it has not seen yet any sign of de-escalation from Russia, the alliance’s chief said on Wednesday.

NATO has heard sings from Russia that it wants to continue talks “but so far we have not seen any de-escalation of the ground,” Secretary General Jens Stoltenberg told reporters on his way to the two-day meeting of NATO defense ministers.

“On the contrary, it appears that Russia continues the military buildup and we have not received any response to a written document or written proposals that we sent to Russia on the 26th of January,” he added.

“What we need to see is a real withdrawal of forces, which is lasting and real, and not that they move troops around. But again, we are monitoring, we really hope that they will withdraw forces, and that will be the best contribution to a political solution,” Stoltenberg remarked.

He explained that heavy equipment and combat enablers should also be removed from the border area for “the real withdrawal” as troops can be redeployed “very easily and quickly”.

On Tuesday, Russia announced that some of its troops in the western and southern military districts have started returning to garrisons after military drills.

Stoltenberg also referred to the document in which NATO rejected Russian demands to withdraw troops and weapons from Eastern Europe and to halt the transatlantic integration of Ukraine, and invited Russia to continue talks on arms control and military transparency in the framework of NATO-Russia Council.

In a letter sent to Russian Foreign Minister Sergey Lavrov last week, Stoltenberg repeated the invitation for the restart of negotiations.

The NATO chief expressed hope that Russia would choose diplomacy over conflict, and stressed that NATO remains “ready to sit down and find a political solution.”

During the two-day meeting, NATO defense ministers will discuss plans on strengthening the southeastern part of the alliance, including the deployment of a battle group in Romania and battleships in the Black Sea region.

The ministers will also hold talks with Ukrainian and Georgian counterparts, as well as representatives from the European Union, Finland and Sweden.

In 2014, Moscow began to support separatist forces in eastern Ukraine against the central government, a policy that it has maintained in the past seven years.

On Tuesday, Russia’s State Duma, the lower chamber of parliament, voted for the recognition of Ukraine’s breakaway regions of Donetsk and Luhansk as independent states.

The US, with its European allies, has been warning since last November that Russia prepares for aggression against Ukraine after Moscow, according to Ukrainian officials and NATO, has amassed over 100,000 troops and heavy equipment in and around its neighbor.