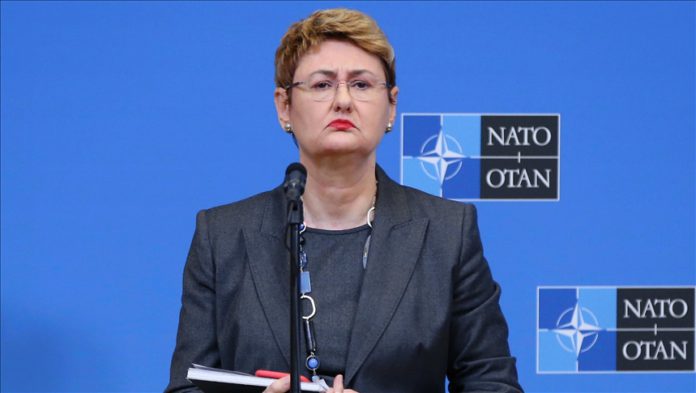 NATO on Friday voiced concern over Russia’s plans to restrict access to some parts of the Black Sea and Kerch Strait.

“This would be an unjustified move and part of a broader pattern of destabilising behaviour by Russia,” NATO spokesperson Oana Lungescu said in a statement.

She called on Russia to “ensure free access to Ukrainian ports in the Sea of Azov, and allow freedom of navigation.”

Lungescu said Russia has built up its military presence on and around the peninsula since it annexed Crimea illegally.

“The allies of NATO do not and will not recognize the illegal annexation of Crimea,” she said.

In recent weeks, Russia has gathered combat-ready forces close to the Ukrainian border which is considered “the largest massing of Russian troops since the illegal annexation of Crimea in 2014,” according to NATO Secretary General Jens Stoltenberg.