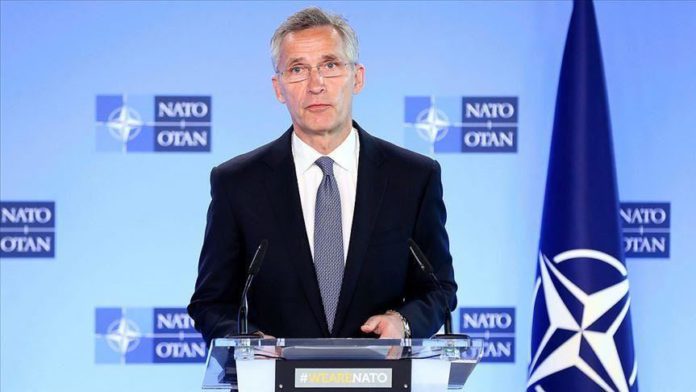 Speaking at an online event about climate change, NATO Secretary-General Jens Stoltenberg responded to a question on tensions in the Eastern Mediterranean between Turkey and Greece.

Stoltenberg said NATO was concerned about the rising tensions between the two NATO allies, adding that the alliance had taken the initiative “to bring together two highly valued allies, Greece and Turkey, to sit together and see how we can develop what we call military deconfliction mechanisms.”

“This is about how to make sure that ships, planes keep the necessary distance, behave in a responsible way. So, we prevent, avoid incidents and accidents. And there are always risks with that when you have so many ships at the same place in the same territory, as we have seen in Eastern Mediterranean,” he said.

“Hopefully, if we can find a solution, establish these mechanisms, then that can help to support the German-led efforts to facilitate talks on the underlying main problem,

“So, there is ongoing work here at NATO. Deconfliction is important in itself. It reduces the risks, incidents and accidents. And hopefully, it can also support the efforts of Germany to address the underlying main problem,” he added.

Turkey, the country with the longest coastline on the Mediterranean, has sent drill ships with a military escort to explore for energy on its continental shelf, saying that Turkey and the Turkish Republic of Northern Cyprus also have rights in the region.

The fifth round of technical talks between Turkish and Greek military delegations at NATO headquarters was held last week.

Held in Brussels, the talks were planned after a meeting between President Erdogan and Stoltenberg earlier this month.

Meanwhile, the Greek Foreign Ministry announced last week that the 61st round of exploratory talks between Turkey and Greece were to start soon.

The 60th round, the last of the exploratory talks initiated between the two countries in 2002, was held in Athens on March 1, 2016.

Since then, bilateral negotiations continued in the form of political consultations but did not return to an exploratory framework.