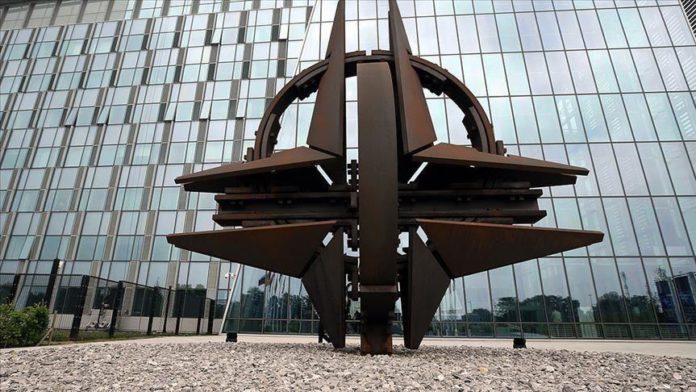 NATO has started to break its silence on Libya after Turkey’s deal with Libya’s UN recognized legitimate government changed the situation on the ground.

NATO, following a passive stance after 2011 intervention in Libya, is now showing signs of change in its Libya policy.

It is believed that Turkey’s 2019 deals with Libya’s UN recognized legitimate government played a significant role in both NATO’s and international community’s change of attitudes.

NATO’s engagement with Libya dates back to 2011.

The so-called Arab Spring began to show its influence in Libya in February 2011 with riots across the country. Following the attempt by Muammar Gaddafi, the leader of Libya’s 42-year-old government, to violently suppress demonstrations and uprisings, the UN called the international community to intervene.

Following the UN Security Council (UNSC) resolutions of 1970 and 1973, NATO launched the Operation Unified Protector for Libya in March 2011.

After NATO declared a no-fly zone, many alliance members, including France and the UK, and Arab countries carried out airstrikes on Libya.

During the operation, which lasted about eight months, NATO allies and partners made 26,000 sorties in Libya. Some 8,000 soldiers, 21 NATO ships and more than 250 aircraft participated in the operation.

After the opposition got stronger with the NATO intervention, the Gaddafi period ended in Libya.

In October 2011, NATO ended its mission of protecting civilians in Libya.

While some circles have recently begun to question NATO’s existence and validity, the alliance has created a brainpower to improve the 2030 vision.

NATO Secretary General Jens Stoltenberg announced, also with the impact of US President Donald Trump, the alliance has begun to review how it can play more roles both in the fight against terrorism and in the Middle East.

In his recent statements, Stoltenberg has repeatedly underlined that NATO should also be a “politically strong actor” as well as maintaining its military power.

The Alliance’s decision to become “more political” also had an impact on its Libya policy. NATO’s attitude towards Libya after 2011 consisted mainly of “ending of violence” and calls for supporting the political process.

Hosting some senior officials of the legitimate Libyan government from time to time at the headquarters in Brussels, NATO has recently showed that it is ready to play a more active role in Libya.

Although NATO is not on the ground in Libya, the country has begun to be an issue on the agenda of the alliance, because of the allies.

In an interview last month, Stoltenberg recalled the decision taken by NATO Heads of State and Government at the 2018 Brussels Summit for Libya.

“In Libya there is an arms embargo that needs to be respected by all sides,” Stoltenberg said in an interview with Italian daily La Repubblica.

“However, this doesn’t mean to put on the same level the forces led by [Khalifa] Haftar and the government of Fayez al-Sarraj, the only one recognized by the UN,” he stressed.

“For this reason, NATO is ready to give its support to the government of Tripoli,” he said.

Expressing his concerns over the recent escalation of violence, Stoltenberg stressed the crisis could only be solved by political negotiations, led by the UN and involving all parties.

But he said NATO remained prepared to support the country by developing its defense and security institutions, as it had been decided by NATO leaders in 2018 in response to the request of Libya’s UN-recognized government.

Stoltenberg and Erdogan, on the other hand, discussed the possibility of NATO capacity building mission in Libya.

“The situation in Libya remains extremely difficult, dangerous, and of course, we are deeply concerned about the reports about mass graves and support the UN call for an investigation into that to find out exactly what happened,” said the NATO chief ahead of the NATO defense ministers meeting on June 17-18.

“NATO is also concerned about the increased Russian presence in the eastern Mediterranean in general, in Syria, but also, of course, in Libya. And we have to follow and monitor that very closely,” he added.

The Libyan government announced on June 8 it will be open to negotiations with Haftar only after liberating the city of Sirte and the central Jufra region, home to a strategic military airbase.

Last year, Turkey and Libya enhanced their security and military cooperation, and also signed a maritime border delineation deal. The agreement aims at defining the exclusive economic zones of the two countries in the Eastern Mediterranean.