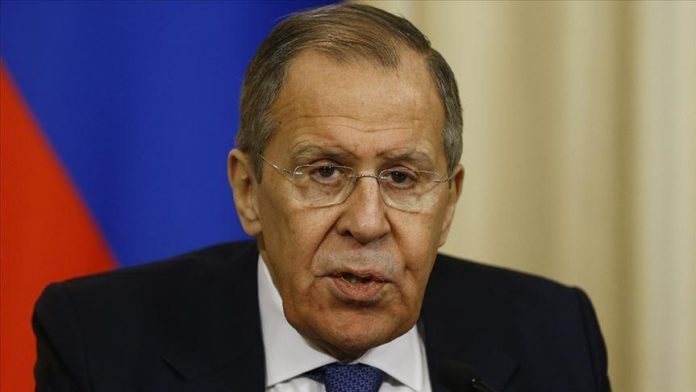 NATO refuses to have any contacts with the Russian military while tensions in Europe are rising, Russian Foreign Minister Sergey Lavrov said on Thursday.

“NATO does not want to communicate through the military at all,” Lavrov said, speaking at the Moscow Conference on International Security.

Lavrov recalled that Russia suggested NATO agree on holding military exercises far from each other’s borders and do not deploy intermediate- and short-range missiles in Europe but did not receive any response.

“Russia’s constructive proposals to reduce the military tensions along the entire line of contact between our country and the North Atlantic Alliance have been ‘on the table’ for almost two years,” he said.

Lavrov was surprised by what he called “NATO’s hypocrisy” about Russia’s withdrawal from the Open Skies Treaty (OST).

The EU and NATO called on Russia not “to destroy” the agreement although it was the US that first announced it quit the treaty, making Russia’s participation in it inconvenient, the minister said.

“What is striking is the reaction to this absolutely natural and long-marked step (Russia’s withdrawal from the OST) on the part of NATO and the European Union, that (both) hypocritically called on Moscow not to destroy the treaty, as if they had forgotten about Washington’s irrevocable decision to withdraw from it as the root cause of the current crisis,” he said.

The West, making claims to the Russian side, is silent that over the past 10 years it has “grossly ignored its obligations under the Open Skies Treaty, closing a significant part of the territory of the US, Canada, Great Britain, and France” to Russian aircraft, he said.

The Open Skies Treaty took effect on Jan. 1, 2002. It was drafted to enhance mutual understanding and transparency in the military buildup and suggest the possibility of unarmed aerial surveillance flights above the entire territory of its participants.

The US launched the withdrawal process from the OST in November under the former Donald Trump administration, triggering a symmetrical response from Russia.