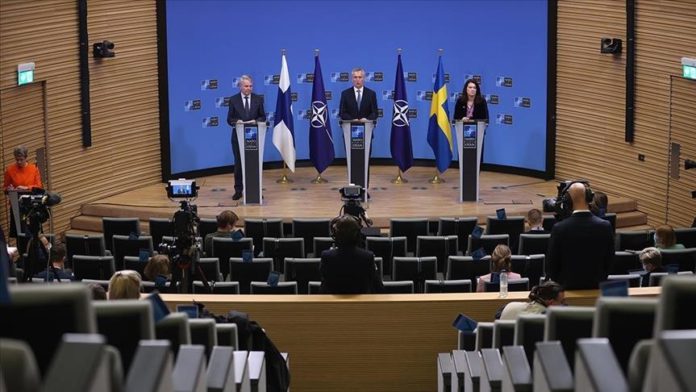 Amid fears of Russian military action in Ukraine, the NATO chief said on Monday that the military bloc is considering deploying additional battle groups in southeastern Europe.

Speaking at a news conference, Secretary General Jens Stoltenberg confirmed that NATO is considering beefing up its presence in the eastern part of the alliance, which “includes the deployment of additional NATO battle groups” in Poland and southeastern Europe.

“NATO is a defensive alliance which does not threaten Russia or any other country. But we will always do what is necessary to protect and defend all our allies,” he said alongside Pekka Haavisto and Ann Linde, the respective foreign ministers of Finland and Sweden, which are not members of NATO but closely cooperate with the military alliance.

The partners discussed Russia’s military buildup in and around Ukraine and Moscow’s proposals for reforming the European security architecture.

Asked about the US and UK announcing they are withdrawing their diplomats’ families from Kyiv, Stoltenberg said NATO has not made any decision on withdrawing its personnel from the Ukrainian capital.

He reiterated that NATO will not compromise on its principles and insists on the right of all sovereign states to choose their own path and allies.

At the same time, he proposed continuing talks in the NATO-Russia Council to support transparency on arms control and to discuss European security, including the situation in Ukraine.

At the council’s Jan. 12 meeting, NATO rejected Russia’s proposals that it halt its enlargement process and withdraw forces from NATO’s eastern flank, instead calling on Russia to end threatening rhetoric and its military buildup in and around Ukraine.

Moscow has denied it is preparing for a military offensive, saying its troops are there for regular exercises.