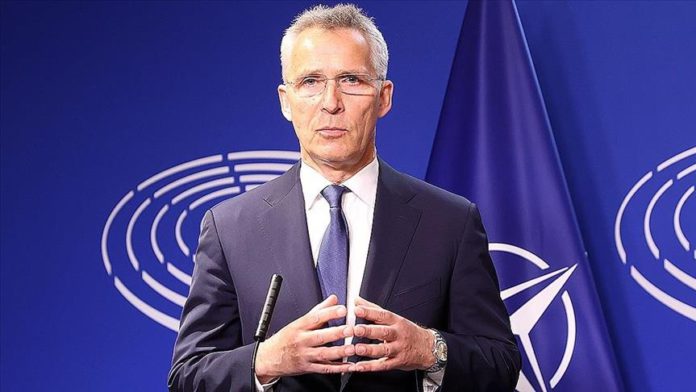 NATO is in close contact with Finland, Sweden, and Turkiye, the alliance’s chief said on Thursday.

“We are addressing the concerns that Turkey has expressed,” Jens Stoltenberg told a joint press conference with Denmark’s Prime Minister Mette Frederiksen in Copenhagen.

“Because when an ally, an important ally as Turkey, raises security concerns, raised these issues, then, of course, the only way to do that is to sit down and find ways to find a common ground and an agreement on how to move forward,” he added.

NATO’s enlargement has been a great success, Stoltenberg said, adding that “every country has the right to choose its own path, that of course also includes Finland and Sweden.”

“We are 30 allies from both sides of the Atlantic with different history, geography, political parties in government, and sometimes there are some differences. But we have a long track record in NATO of being able to overcome differences,” the alliance chief said.

Turkiye, a longstanding NATO member, has voiced objections to Finland and Sweden joining the alliance, criticizing them for tolerating and even supporting terror groups, including the PKK/YPG.

Over the last five years, both Helsinki and Stockholm have failed to agree to Ankara’s requests for the extradition of dozens of terrorists, including members of the PKK and FETO, the group behind the 2016 defeated coup in Turkiye.

Senior representatives of Finland and Sweden are set to visit Ankara in the coming days to discuss their accession process, which requires unanimous approval from all 30 NATO member states.