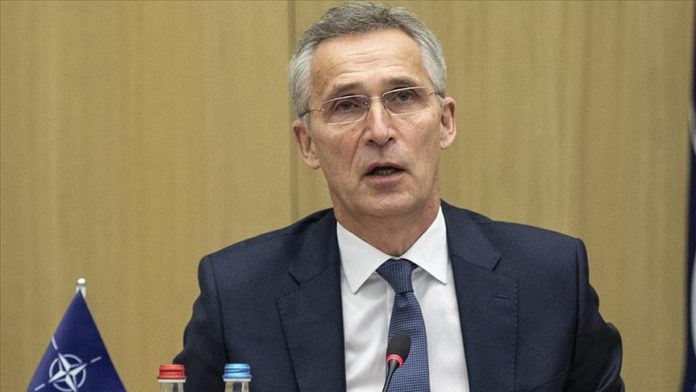 Ahead of a key EU leaders’ summit, the head of NATO Thursday urged EU countries not to forget Turkey’s importance to the alliance and the West and to seek out “positive approaches.”

Acknowledging the existence of differences and disagreements between allies, Jens Stoltenberg said: “But at the same time we need to make sure that we realize the importance of Turkey as part of NATO and also as part of the Western family.”

“NATO is a platform where also we can discuss an open way when there are differences, disagreements between allies as we see, for instance, in the Eastern Mediterranean,” he said.

“At the same time, I think we all have to look for positive approaches, ways to address the differences,” he added.

Adding that the tension in the Eastern Mediterranean – on the EU summit’s agenda – was also discussed at a NATO defense ministers meeting last week, Stoltenberg told reporters: “Of course allies have expressed their concerns. At the same time I think also all allies realize that Turkey is an important ally, because they border Iraq and Syria.”

He said that Turkey has been key in fighting the terror group Daesh/ISIS in Iraq and Syria, and hosts the largest number of refugees in the world while also being the NATO member that has suffered the most terrorist attacks.

He also said he is working to strengthen and expand a NATO deconfliction mechanism between Greece and Turkey to prevent any incidents or accidents between two NATO allies.

“I also believe that through these technical talks at NATO on deconfliction, we can also help to pave the way for political negotiations, addressing the underlying main issues, the main dispute,” he said.

Amid recent tensions in the region, Greece and the Greek Cypriot administration have upped their pressure on other EU members to impose sanctions on Turkey at the EU leaders’ summit on Thursday and Friday.

* Writing and contributions by Iclal Turan in Ankara