TurkishPress
Home World Europe NATO does not want any interaction with Russia: Lavrov 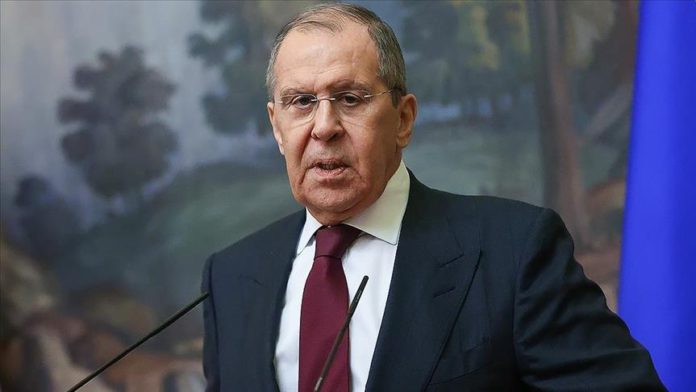 NATO is reluctant to establish a dialogue with Russia, Russian Foreign Minister Sergey Lavrov said Sunday at a press conference following the G20 summit in Rome.

“We have no information about what NATO is going to do. We rely on facts, and these facts suggest that NATO does not wish any interaction with us,” he said, when asked whether NATO had sent any signals to Russia on establishing dialogue.

“Even when we had a representative at NATO, they didn’t want anything like that. They wanted to teach us how to live, discuss Ukraine and conduct propaganda” he added.

NATO announced on Oct. 6 that it had reduced the staff of the Russian mission at the alliance’s headquarters in Belgium from 20 to 10 members, revoking the accreditation of eight diplomats and abolishing two vacant positions. It then demanded the Russian diplomats to leave Brussels by late October.

On Oct. 18, Lavrov announced that Russia would suspend its mission to NATO from November onwards in retaliation to the alliance’s decision. He also said that the work of the NATO military liaison mission and information office in Moscow would be suspended.

Referring to the increasing US military presence in the Black Sea, he argued that Washington’s decision to send warships there does not contribute to stability in the region.

Stressing that Russia seeks cooperation in the region, not confrontation, Lavrov warned however that Russia is ready to fend off any threats and can reliably ensure its security in the Black Sea.

WHO Europe says COVID-19 cases doubled in some countries in last...