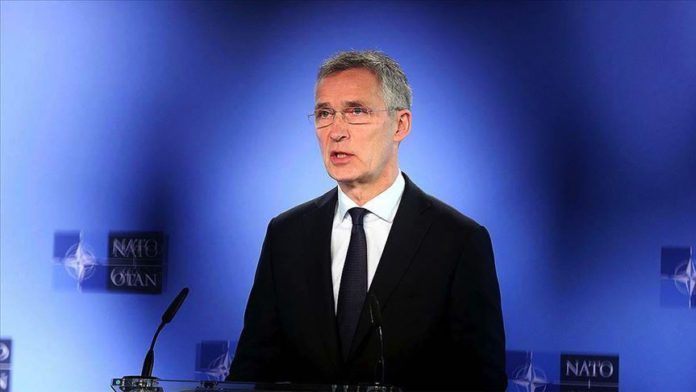 Russia’s growing presence in the Eastern Mediterranean region is a cause for concern for NATO, the military alliance’s chief said on Tuesday.

“NATO is also concerned about the increased Russian presence in the eastern Mediterranean in general, in Syria, but also, of course, in Libya. And we have to follow and monitor that very closely,” Jens Stoltenberg said in response to a question in an online news conference ahead of the NATO defense ministers meeting on June 17-18.

He said the situation in Libya was not on the meeting agenda, but could be discussed, adding: “It has a direct impact on the security of especially our southern allies, but actually for the whole of NATO.”

The alliance supports the UN-led efforts in Libya, he stressed, and called for an investigation into the mass graves found in Tarhuna, a city in the country’s northwest recently liberated from warlord Khalifa Haftar’s control.

“The situation in Libya remains extremely difficult, dangerous, and of course, we are deeply concerned about the reports about mass graves and support the UN call for an investigation into that to find out exactly what happened,” the NATO chief noted.

Stoltenberg said the ministers will discuss the increase in Russia’s nuclear-capable missiles, adding that he expects them to “agree a substantial and balanced package of political and military measures” in response.

“This includes strengthening NATO’s air and missile defenses,” he said.

Stoltenberg said NATO will also strengthen its advanced conventional capabilities and “adapt its exercises and intelligence to address new challenges.”

“NATO remains strongly committed to effective arms control, disarmament and non-proliferation, which make a key contribution to our security. So we continue to call for all actors, including Russia and China, to engage constructively,” he said.

With the NATO defense ministers due to discuss measures for a possible second coronavirus wave, Stoltenberg said he expects them to agree on three things: “A new operational plan to be ready for any second wave of COVID-19, a stockpile of medical equipment to provide immediate assistance to allies and partner countries, and a fund to acquire critical medical supplies.”

“These three elements together will ensure that we can strengthen our response to a possible second wave of the pandemic, so that critical assistance gets to the right place at the right time,” he said.

US drops record number of bombs in Afghanistan in 2019