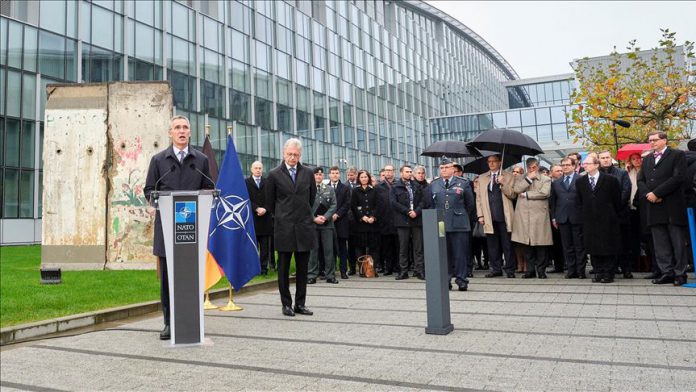 NATO Wednesday celebrated the 30th anniversary of the fall of the Berlin Wall.

“We are honored to host these pieces of the Berlin Wall here at the entrance to the NATO headquarters.

“They serve as a symbol of hope, and a solemn reminder to all who pass by, to never take freedom and democracy for granted. We must defend them every day and we must continue to stand united,” Stoltenberg told