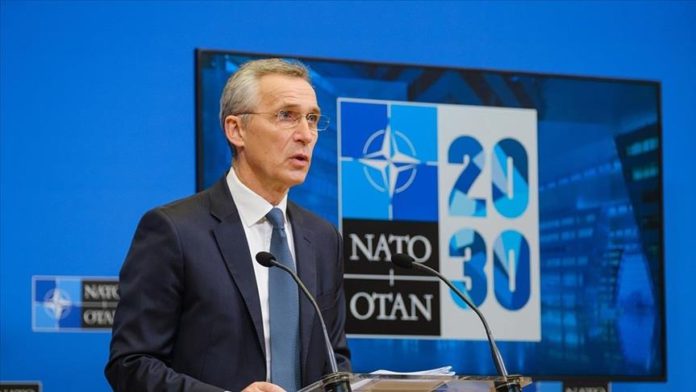 The NATO chief said on Wednesday he believes in “strategic solidarity” between Europe and North America after some debates over the EU’s “strategic autonomy”.

Speaking at the EU Inter-parliamentary Conference organized by Portugal, Jens Stoltenberg said that the ties between Europe and North America should be strengthened.

“Any attempt to divide Europe from North America will weaken NATO. But it will also divide Europe,” he said. “Only a strong NATO can keep our almost one billion people safe in a more dangerous world.”

He stressed that he believes in “Europe and North America together”, and in “strategic solidarity”.

Welcoming US President Biden’s message on “rebuilding alliances and strengthening NATO”, Stoltenberg said NATO 2030 initiative aimed at “making our Alliance even stronger for the future”.

Adding that the rise of China poses challenges for NATO’s security while also offering opportunities for economies, he said: “That is why we should deepen our partnerships with countries like Australia and Japan.”

“And reach out to other like-minded nations around the world,” he added.