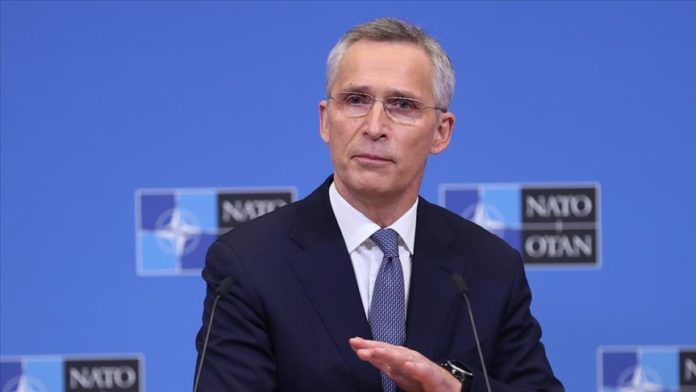 Stoltenberg and Ukrainian President Volodymir Zelensky discussed the Russian military buildup in and around Ukraine in a phone call, the NATO chief said in a social media message.

“NATO will continue the political and practical support for our highly valued partner,” he stressed.

He also repeated his call for Russia to de-escalate and to engage in a dialogue to find a peaceful solution.

On Friday, Stoltenberg will travel to Romania to hold talks with the country’s President Klaus Iohannis and to visit a military base where NATO troops are deployed.

At a news conference earlier on Thursday, Stoltenberg confirmed that NATO considers to strengthen its posture in the eastern part of the alliance by deploying battle groups in Romania and the Black Sea region, similar to the ones in Poland and the Baltic region.

He also warned that European security faces a “dangerous moment” since “the number of Russian forces is going up.”

“The warning time for a possible attack is going down”, he asserted, explaining that in addition to 100,000 troops amassed with enabling capabilities in and around Ukraine, Russia deployed the biggest forces in Belarus since the end of the Cold War.

The US, with its European allies, has accused Russia of setting the stage for an invasion of Ukraine after concentrating more than 100,000 troops and significant artillery and tanks on the border.

In addition to that, at least 30,000 Russian troops are currently participating in a joint military drill in Belarus.

Moscow has denied preparing for a military offensive and said its troops are in the Ukrainian border and Belarus for regular exercises.