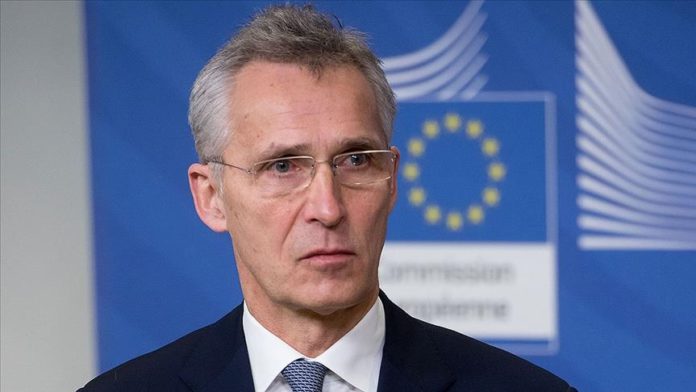 The NATO secretary-general on Wednesday outlined key areas for the alliance in 2021, addressing the Christian Social Union (CSU) Parliamentary Group meeting in the German parliament.

Jens Stoltenberg said the COVID-19 pandemic, NATO’s military presence in Afghanistan, arms control, and transatlantic relations will occupy the agenda of the alliance this year.

“2021 will also be a pivotal year for NATO because we need to decide on our presence in Afghanistan,” noted Stoltenberg, saying the alliance welcomed the peace talks between Taliban and the government in Kabul.

The NATO chief also said the defense ministers of the alliance will meet next month to discuss the decision of whether to stay or leave Afghanistan.

If NATO leaves, it will risk that Afghanistan once again becomes a safe haven for international terrorists, and if it stays, then it will risk being engaged in a prolonged military presence, said Stoltenberg.

“The most important condition is to make sure that Taliban meets that requirement, that they break all ties with international terrorists, including the al-Qaeda. We will of course, assess the situation on the ground, we will assess the development in the peace talks, and then make our decision,” he said.

“This is a very difficult decision often we need to make together. Because whatever we do, we need to do it in a coordinated and well-planned way,” he added.

Stoltenberg on the arms control said: “We need to make sure that when the New START [Strategic Arms Reduction Treaty] agreement expires next month, that we don’t end up in a situation where there is no agreement regulating nonroad nuclear warheads.”

The NATO chief also said the new year will provide an opportunity to “re-energize” the transatlantic cooperation between North America and Europe.

“Any attempt to divide Europe and North America will not only weaken the transatlantic bond of NATO but also divide Europe. So, we need to stand together, North America and Europe, and I really count on Germany playing a key role in these efforts,” he said.

Stoltenberg also pointed out that he is looking forward to working with the US President-elect Joe Biden and Vice President-elect Kamala Harris, adding that he invited Biden for this year’s NATO leaders’ summit.

On the pandemic, the secretary-general said: “2021 is a year we all have hopes that we will be able to turn a corner in the fight against the pandemic and our major forces, NATO allies, to provide support to the civilian efforts to trying to cope with the pandemic.”