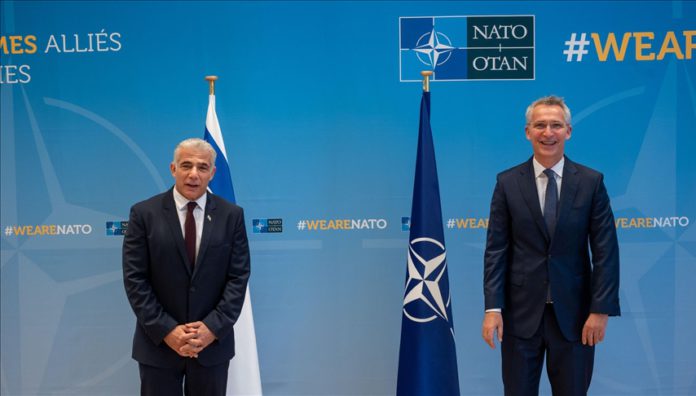 NATO’s top official on Monday met with the foreign ministers of Egypt and Israel in Brussels, the alliance announced.

At NATO headquarters, Secretary-General Jens Stoltenberg and Egypt’s Sameh Shoukry “discussed a range of issues related to NATO-Egypt partnership, a relationship of more than 25 years through NATO’s Mediterranean Dialogue,” according to a statement.

“Egypt remains an important NATO partner with a pivotal role in the region,” it said, citing Stoltenberg.

The NATO chief “welcomed the renewal of the Individual Partnership Cooperation Programme, the main instrument of focused cooperation with Mediterranean Dialogue partner countries.”

Stoltenberg and Shoukry also discussed “the regional developments affecting Egypt security and interests” and “the prospects for potential cooperation between NATO and Egypt in other areas of shared interest,” it added.

According to the statement, “the Secretary-General said that Israel is one of NATO’s most engaged and capable partners, and he pointed out that exchanges at the staff-to-staff and expert-level have continued, despite the restrictions imposed by the COVID-19 pandemic.”

Stoltenberg and Lapid also discussed “the prospects for potential cooperation between NATO and Israel in other areas of shared interest, including climate change, defense innovation, and emerging and disruptive technologies,” the statement added.

According to the statement, Stoltenberg also “restressed Allies’ continued calls on Iran to uphold and fully implement all its obligations under the Treaty on the Non-Proliferation of Nuclear Weapons and its safeguard agreement with the International Atomic Energy Agency, and refrain from all activities which are inconsistent with the United Nations Security Council Resolution 2231.”