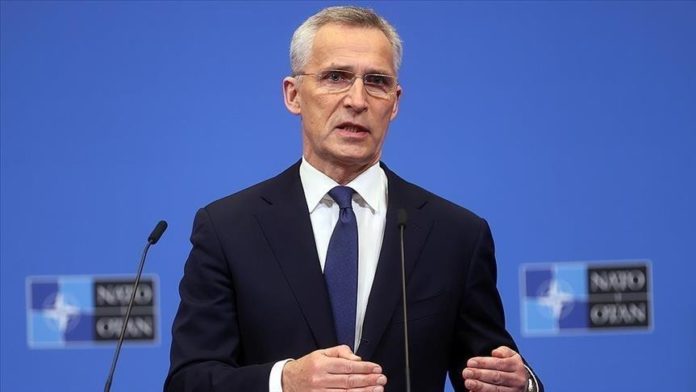 The NATO chief on Thursday expressed understanding of Turkiye’s security concerns on Finland and Sweden’s membership bids, saying Ankara is a “very important” ally of the alliance.

“When an ally raises a problem, you have to solve it. It’s always been done that way,” Jens Stoltenberg told Spanish media, recalling Greece’s veto on North Macedonia, which cost the country more than 10 years to join NATO.

“No one has suffered as many terrorist attacks as Turkey,” Stoltenberg reiterated.

His remarks came ahead of his Madrid visit next week, where a NATO summit will take place in late June.

Differentiating Kurds from listed terror groups, he said: “You speak of Kurds, but we must accept that there are several Kurdish groups and the PKK is on the list of terrorist organizations of the European Union.”

On the participation of Stockholm and Helsinki in the upcoming NATO summit, he said they will attend as guests, since it is “difficult” for them to consolidate their aspirations as candidate countries if they do not respond to Turkiye’s demands before June 28.

Sweden and Finland formally applied to join NATO last week, a decision spurred by Russia’s war on Ukraine, which began on Feb. 24.

But Turkiye, a longstanding member of the alliance, has voiced objections to their membership bids, criticizing the countries for tolerating and even supporting terrorist groups.

Ankara hosted on Wednesday consultations with Swedish and Finnish delegations on their NATO applications in the capital.

According to presidential spokesman Ibrahim Kalin, it has been conveyed that their NATO bids cannot progress unless Turkiye’s security concerns are addressed through concrete steps, and in a certain timeframe.

Germany under pressure to provide military support to Ukraine