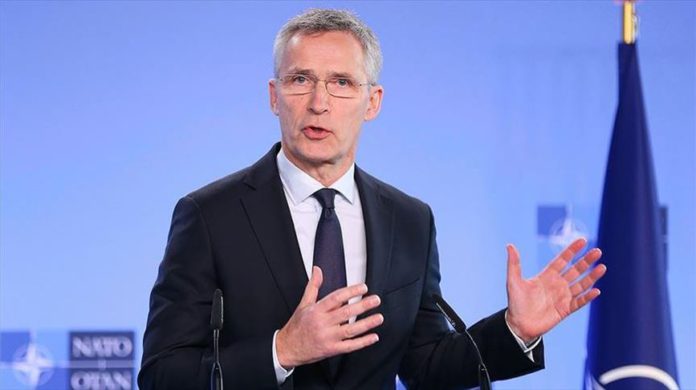 The alliance’s ambassadors met to discuss the US withdrawal from the nearly two decades old arms-control pact, a day after President Donald Trump announced his intention to depart from the Open Skies treaty, accusing Russia of repeatedly violating its terms.

“Russia has for many years imposed flight restrictions inconsistent with the treaty,” Stoltenberg said, speaking of flight limitations over Kaliningrad and restricting flights in Russia near its border with Georgia.

This selective implementation risks to undermine the security and stability in the Euro-Atlantic region, the NATO chief explained.

Despite Trump’s latest announcement, the US still shows openness to reconsider its withdrawal from the Open Skies Treaty if Russia returns to full compliance.

Russia’s change “is the best way to preserve the benefits of the treaty,” Stoltenberg pointed out.

Therefore, diplomats from NATO countries now have engaged in negotiations with their Russian counterparts.

The foreign ministries of Belgium, the Czech Republic, Finland, France, Germany, Italy, Luxembourg, the Netherlands, Spain and Sweden described the pact “functioning and useful”, which has “a clear added value for our conventional arms control architecture and cooperative security.”

The treaty is “a crucial element of the confidence-building framework that was created over the past decades in order to improve transparency and security across the Euro-Atlantic area,” their statement added.

The Open Skies Treaty was agreed in 1992 by the US and NATO allies, as well as Russia and former members of the Soviet bloc as a major act ending the Cold War era aiming at preventing Washington and Moscow from entering a military showdown.

The treaty allows nations to fly above each other’s territory on military reconnaissance flights as a measure to help bolster confidence neither country is imminently preparing for war.