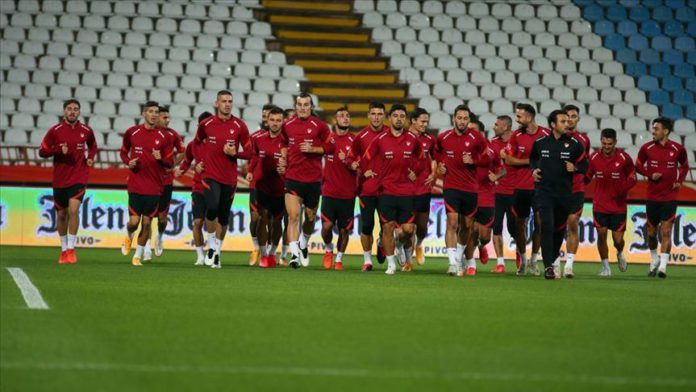 Turkish national football team head coach warned the team about their next UEFA Nations League match against Serbia as Sunday will see a tough game.

In Saturday’s pre-match conference in Belgrade, Senol Gunes praised the opponents that Serbia is a “strong team and the match will be difficult”.

Gunes said that Serbia has many important players appearing in Europe’s top-flight leagues and the total value of these 35 players are around €420 million ($497.2 million).

“They [Serbia] played effectively in the [group’s] first match against Russia, but Russia won the match 3-1,” Gunes said.

He stated that Hungary stunned Turkey in the first match on Thursday as the visitors escaped with a 1-0 victory thanks to Hungarian midfielder Dominik Szoboszlai’s free-kick goal in the 80th minute.

“Russia faced difficulties [in Serbia match] but won the match. We want to win tomorrow as well. We will play our game and want to win to continue the race,” he added.

– ‘Courageous and aggressive’ to be better on pitch

Meanwhile, Serbian head coach Ljubisa Tumbakovic said that whoever plays “courageous and aggressive” will be better on the pitch.

Tumbakovic said that Hungary’s victory over Turkey surprised him too.

“Hungary has a good team. I think the Turkish head coach underestimated Hungary a bit while planning this match. Tomorrow, Turkey will have a stronger team against Serbia,” Tumbakovic added.

On Sunday, Turkey will take on Serbia in the Nations League B – Group 3 match in Belgrade. The match at Stadion Rajko Mitic will kick off at 1845GMT.

Russia and Hungary have 3 points in Group 3 as they won their first games. Turkey and Serbia have no points.

Serbia and Turkey haven’t met each other in any UEFA competition so far.

But Turkey played against Yugoslavia in the 1988 European Championship qualifying group. Yugoslavia hammered Turkey 4-0 in 1986 in Split. They also won the second leg by 3-2 in Turkey’s Izmir.