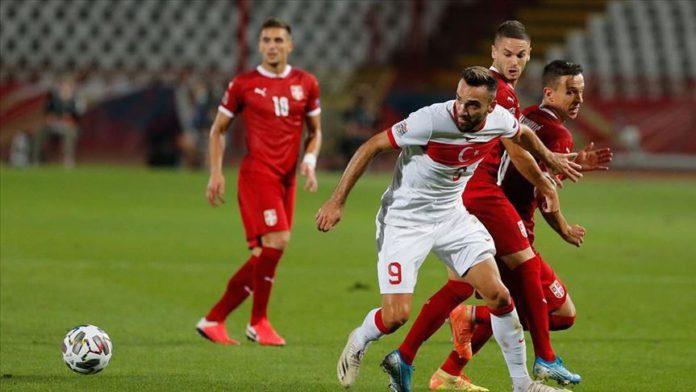 Home team Serbia were down to 10 men in the 49th minute as team captain Aleksandar Kolarov was shown a red card over two bookings.

Following this, Serbia adopted a more defensive posture as Turkey tried to dictate the tempo of the game.

At the final whistle, Serbia and Turkey had one point each in Belgrade.

In the other Group 3 match, Russia beat Hungary 3-2 in Budapest.

After the second matches, Russia had 6 points to lead the group.

Turkey and Serbia had 1 point each.

In the next match, Turkey will face Russia on Oct. 11 in Moscow.