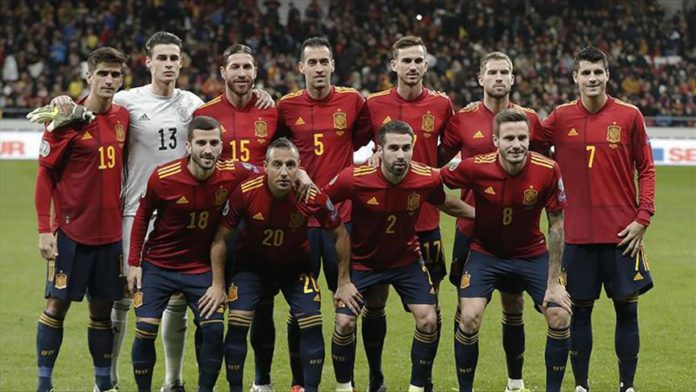 Spain hammered Ukraine with a 4-0 score in a UEFA Nations League A – Group 4 game.

Sergio Ramos (2), Ansu Fati and Ferran Torres’ goals brought the victory to Spain over Ukraine at the Estadio Alfredo Di Stefano in Madrid.

The 17-year-old Fati who scored the third goal of the game became the youngest player to score for the Spanish national team.

Barcelona teenage star also became the youngest ever scorer in the history of the UEFA Champions League.

Germany draw against Switzerland in Basel

Germany held to draw with Switzerland 1-1 in the other Group 4 match.

Playing at St. Jakob-Park stadium, Germany found a goal with Ilkay Gundogan in the 14th minute.

However, Switzerland’s Silvan Widmer equalized the game in the 57th minute, making it 1-1.

With these results, Spain got four points to lead the group as Ukraine are in second place with three points.

Germany came third with two points as Switzerland had one point.