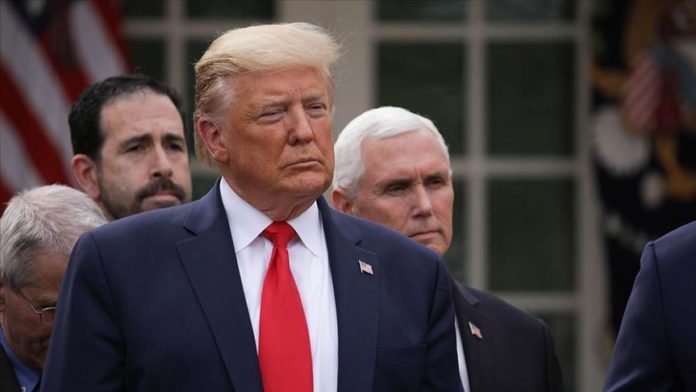 A District of Columbia National Guard officer will maintain that US President Donald Trump’s clampdown on protesters near the White House was an “unprovoked escalation” against demonstrators, according to congressional testimony released Monday.

Major Adam DeMarco, who says he was the most senior guardsman on the scene, will tell lawmakers on the House Natural Resources Committee on Tuesday that the president’s decision to clear demonstrators “engaged in the peaceful expression of their First Amendment rights” for a planned photo opportunity was unwarranted.

“They were subjected to an unprovoked escalation and excessive use of force,” DeMarco will say, according to a copy of his prepared remarks published on the committee’s website.

After the protesters were cleared from Lafayette Square, Trump walked casually through the area, walking up to St. John’s Church, which had been damaged the night prior, to have his photograph taken while holding a Bible.

“Members of the Committee, the events I witnessed at Lafayette Square on the evening of June 1 were deeply disturbing to me, and to fellow National Guardsmen,” DeMarco will say.

“Having served in a combat zone, and understanding how to assess threat environments, at no time did I feel threatened by the protestors or assess them to be violent.”

DeMarco will paint a chaotic depiction of the clearing operation in which he will say the Park Police’s Civil Disturbance Unit charged protesters with some people falling to the ground as the officers used shields as ramming weapons.

At the same time, other officers whom DeMarco could not identify fired “pepper balls” at retreating protesters from behind the guardsmen.

DeMarco will say that Joint Chiefs Chairman Gen. Mark Milley told him the National Guard was being deployed “to respect the demonstrators’ First Amendment rights” and to aid in the construction of a security barrier along the north side of the park that did not arrive until some three hours after the crack down.

“The oath I swore as a military officer, to support and defend the Constitution of the United States, is a bedrock guiding principle and, for me, constitutes an individual moral commitment and ethical instruction,” he will say. “It compels me to say something – and do something – about what I witnessed on June 1 at Lafayette Square.

Streaming cooking classes flourish in the age of lockdown