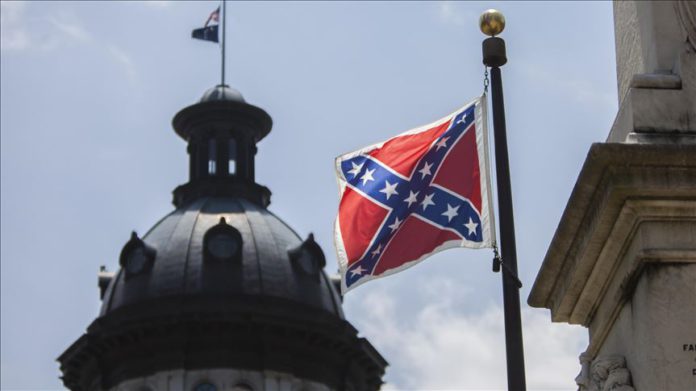 NASCAR, the world’s largest governing body for stock car racing, said Wednesday it will ban the display of the Confederate flag from all of its events and properties.

“The presence of the Confederate flag at NASCAR events runs contrary to our commitment to providing a welcoming and inclusive environment for all fans, our competitors and our industry,” it said in a statement.

“Bringing people together around a love for racing and the community that it creates is what makes our fans and sport special.”

The decision came after nationwide protests over the death of George Floyd, a handcuffed, unarmed black man who died on May 25 in police custody in Minneapolis, Minnesota after a since-fired police officer knelt on his neck for nearly nine minutes, despite Floyd’s repeated pleas that he could not breathe.

The states of Virginia, Alabama and Florida have taken down Confederate statues and displays, CBS News reported.

In the latest action against such monuments, a statue of Christopher Columbus — the man credited with discovering America for the West and in doing so sparking the genocide of its indigenous peoples — was toppled in Virginia.

On Monday, Darrell “Bubba” Wallace, NASCAR’s only black driver, called for Confederate flags to be removed from NASCAR races. He wore a shirt with Floyd’s last words, “I can’t breathe,” before the race.

The Confederate flag has nothing to do with NASCAR races, Wallace told CNN.