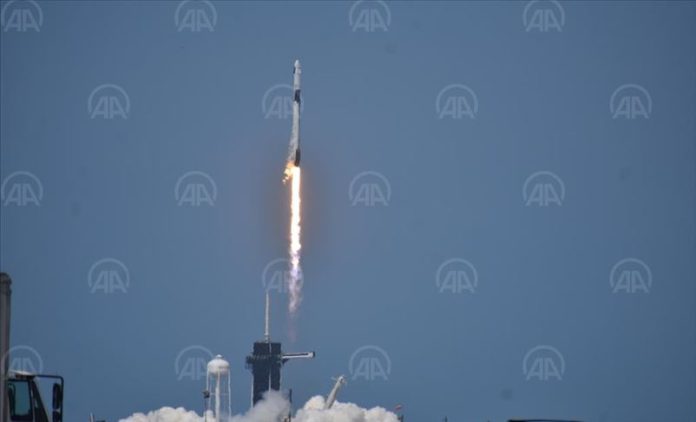 The launch, originally scheduled for Saturday, took place at 7:27 p.m. ET at NASA’s Kennedy Space Center in the US state of Florida. The flight, called Crew-1, is SpaceX’s first operational mission of its Crew Dragon spacecraft. The Crew Dragon took off on top of Space X’s Falcon 9 rocket.

They are expected to dock with the ISS on Monday night after a 27-hour trip.

SpaceX’s first Crew Dragon carried two NASA astronauts — Robert Behnken and Douglas Hurley — to the ISS in May. The launch was the first crewed mission from the US since the last space shuttle flight in 2011.

President Donald Trump hailed the liftoff and said NASA had improved with his administration.

“A great launch! @NASA was a closed up disaster when we took over. Now it is again the ‘hottest,’ most advanced space center in the world, by far!” Trump tweeted.

President-elect Joe Biden congratulated both NASA and SpaceX for the launch and wished the crew well.

“It’s a testament to the power of science and what we can accomplish by harnessing our innovation, ingenuity, and determination. I join all Americans and the people of Japan in wishing the astronauts Godspeed on their journey,” Biden said on Twitter.