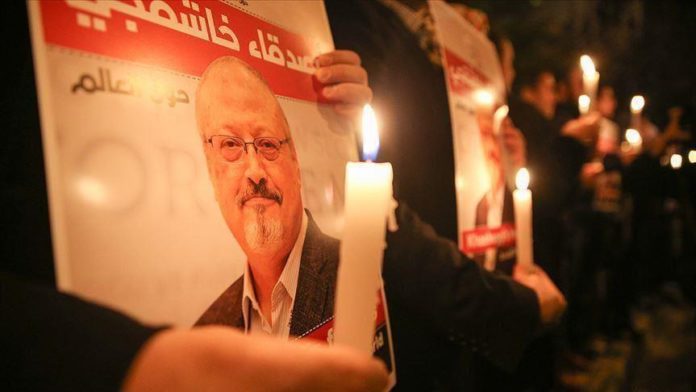 Three names were removed on Monday from the US intelligence report that accused the Saudi crown prince of the murder of journalist Jamal Khashoggi.

Published initially on Friday, the report was taken down and replaced with another version by the Office of the Director of National Intelligence (ODNI).

“We put a revised document on the website because the original one erroneously contained three names which should not have been included,” an ODNI spokesperson told CNN.

The names in the report were under the list of “individuals participated in, ordered, or were otherwise complicit in or responsible for the death of Jamal Khashoggi on behalf of Muhammad bin Salman.”

“It is essential that the Crown Prince, who ordered the brutal murder of a blameless and innocent person, should be punished without delay,” Hatice Cengiz said in a post on her Twitter account.

“This will not only bring the justice we have been seeking for Jamal, but it could also prevent similar acts recurring in the future,” she added.

The US also rolled out Friday the “Khashoggi Ban,” a new visa restriction policy under existing law meant to punish governments who work to silence dissidents abroad. It includes 76 Saudi individuals who the US believes have sought to threaten dissidents overseas, including those involved in the murder of Khashoggi.

Former US President Donald Trump consistently sought to shield the Saudi leader from repercussions amid widespread bipartisan outcry by blocking the release of the CIA report.

Biden administration, despite releasing the report, said relations with Saudi Arabia to continue without any meaningful disruption.