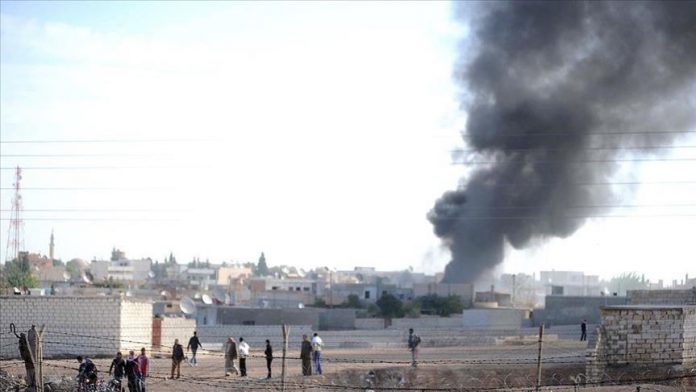 A Turkish soldier and three local security personnel were martyred in a car bombing on a checkpoint in Ras al-Ayn, northern Syria, Turkish authorities announced on Thursday.

The attack was carried out by YPG/PKK terrorists in the region liberated last year by Turkish troops in an anti-terror operation, the governor’s office of Sanliurfa province in southeastern Turkey said in a written statement.

“Ten people were wounded in the same attack, seven of who are civilians. Their treatment is ongoing in Ceylanpinar Hospital [Sanliurfa], near theTurkey-Syria border and they are in non-critical condition,” it added.