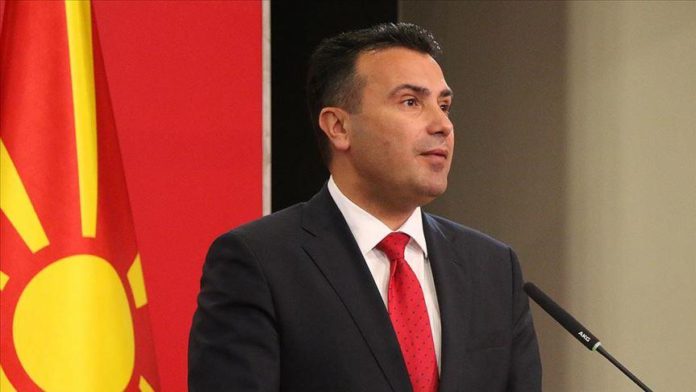 North Macedonia may amend its constitution and include ethnic groups to secure their rights, Prime Minister Zoran Zaev said on Wednesday, according to local news portals.

“Before joining the EU, we must amend the constitution. One of the reasons is the smaller number of communities that live here and [their] need to be included,” said Zaev, according to the Skopje-based “skopskoeho” news portal.

“Croatia did that before the [EU] membership. We are ready, not only for the Bulgarians but also for the Croats, Torbesh, Egyptians, Austrians, Romanians, and others that we have from the smaller ethnic communities. We are an open society, a European country, and we will follow the example of European countries,” he added.

Meanwhile, the Sofia-based “novini” portal said Zaev at a news conference announced that they are ready to propose an amendment to the constitution, recognizing the identity of all ethnic minorities in the country, and that he believes that the constitutional changes will be based on data from the upcoming census.

North Macedonia will hold a census in April for the first time after 19 years.

However, in such a deeply divided society holding a census is not an easy task for the small Balkan country.

Bulgaria said it cannot support the start of long-delayed accession negotiations with Skopje because of open disputes regarding history and language.

Sofia revived old grievances, calling on its neighbor to acknowledge ethnic Macedonians’ historical and linguistic ties to Bulgaria, and threatened to veto the start of accession talks unless it does so, creating a likely stalemate.

Meanwhile, the “novamakedonija” portal on Wednesday reported that the lawmakers began to work on Foreign Minister Bujar Osmani’s proposal for the ethnic column of the census for those who declare themselves as Bulgarians in Macedonia, as well as their inclusion in the preamble of the Macedonian constitution.