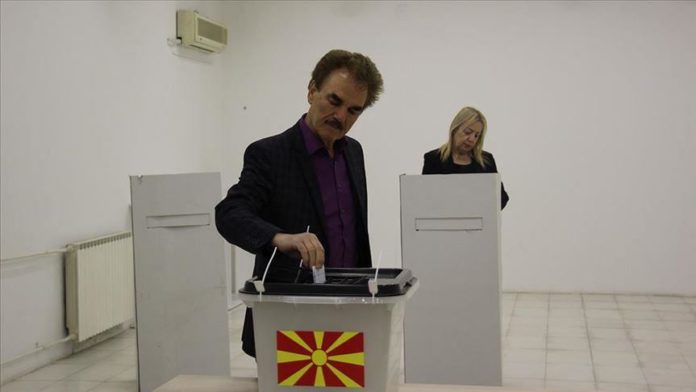 More than 1.8 million voters in North Macedonia are expected to cast their ballots on Wednesday in general elections.

The country was set to hold snap polls on April 12, but they were postponed due to the coronavirus pandemic.

More than 1,500 candidates from 15 political alliances and parties are vying for a spot in the 120-seat national assembly.

Polling will continue from 7 a.m. to 9 p.m. local time (0500-1900GMT) for voters to determine the names and parties that will govern the country for the next four years.

Special measures will be adopted in view of the pandemic.

Patients, elderly, and COVID-19-positive voters will be able to vote from their homes or hospitals on July 13-14.

The election campaign was mostly carried out over the internet to avoid large gatherings. In fact, the fight against COVID-19 remained the top campaign agenda.

The Social Democratic Party of Macedonia (SDSM), which has been in power since June 2017, made a pre-election alliance with the center-right ethnic Albanian party BESA Movement, as well as representatives and parties of the Turkish, Bosniak, Roman, Ulah and Serbian communities. The alliance, which is campaigning with the slogan “We can do it,” wants the public’s vote of confidence in order to continue toward its goal of EU membership.

The Democratic Union for Integration (BDI), the coalition partner of the current government and the largest Albanian party aims to elect the country’s first Albanian prime minister. Their slogan is “why not?”.

The opposition Alliance for Albanians, on the other hand, formed a pre-election alliance with Alternativa, one of the partners of the current government. They claim that it is time to change the current political representation rates of Albanians in the country.

Another opposition party, the Democratic Party of Albanians (PDSH), argued that they have detailed economic and political plans for the country and will bring the Albanians to the level they deserve.

Moreover, three Turkish political parties in the country are participating in the elections.

Formerly known as Macedonia, the country in 2019 changed its official name to North Macedonia following 22 years of dispute with Greece in order to move forward with its Euro-Atlantic integration.

The country has a little over 2 million population and the main objective is European Union membership.

November 27, 2020
ANKARA Turkey’s Council of Judges and Prosecutors (HSK) on Friday elected 11 new members to the country’s Supreme Court.  Among the new members are Irfan Fidan,...

November 27, 2020
ANKARA  As Libya goes through a critical period, two memorandums of understanding signed on Nov. 27, 2019, in the fields of delimitation of maritime jurisdictions...

November 27, 2020
ANKARA Economic confidence decreased in both the European Union and eurozone in November on a monthly basis, according to the European Commission on Friday. This month,...

November 27, 2020
JERUSALEM For the fifth week in a row, Israeli police on Friday prevented hundreds of Palestinian residents of the occupied West Bank from reaching Al-Aqsa...

'Works carried out to determine damage after Elazig earthquake'

January 24, 2020
We use cookies to ensure that we give you the best experience on our website. If you continue to use this site we will assume that you are happy with it.Ok