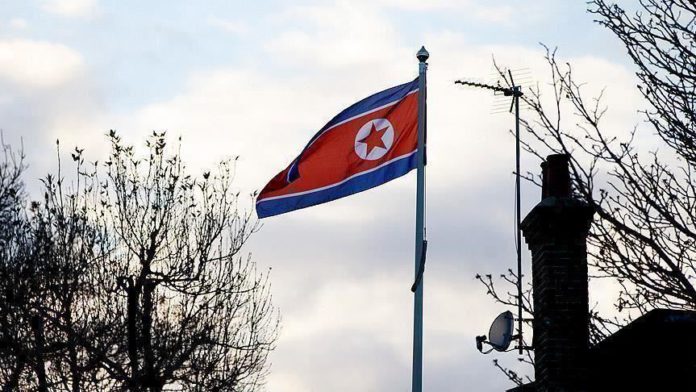 North Korea is the third-largest possessor of chemical agents in the world and has somewhere between 20 to 60 nuclear bombs, according to a US military report.

It states that North Korea has “a longstanding chemical weapons program with the capability to produce nerve, blister, blood, and choking agents.”

According to the report, North Korea has 2,500-5,000 tons of chemical weapons of approximately 20 different types, including the highly toxic sarin and VX chemical agents.

It said that Pyongyang has the capability to produce six new nuclear devices each year.

“The country’s possession of a nuclear arsenal and its pursuit of missile technology are attempts to ensure that external powers do not interfere with its internal affairs for fear of a nuclear reprisal,” the report said.

It said at least 6,000 North Korean hackers and electronic warfare specialists are operating in countries including Belarus, China, India, Malaysia, and Russia.

“North Korea can successfully conduct invasive computer warfare activities from the safety of its own territory. It has the distributed ability to reach targeted computers anywhere in the world, as long as they are connected to the Internet,” the report warned.

It said Pyongyang has established the capability to “continuously exploit the highly integrated information systems of an adversary.”

North Korea is under UN sanctions since mid-2000 for its nuclear program, which it views as critical for national security and refuses to dismantle.

Recent efforts for denuclearization by the US stalled in February last year, when the second summit between President Donald Trump and North Korean leader Kim Jong-un in Hanoi ended without any result.

The report stated that Pyongyang uses “limited military provocations to obtain diplomatic concessions at the negotiating table with South Korea, Japan, the US, and other countries.”

“It also uses threats of possible war to obtain humanitarian aid,” it added.

According to the US military assessment, North Korea’s approach remains “adaptive, flexible, and agile.”

“The [KPA] changes its composition and focus to optimize organizational capabilities and use them against known or perceived enemy vulnerabilities,” read the report.

“North Korea will take prudent risks; however, the KPA may also make significant practical sacrifices in individuals and materiel in order to achieve a major psychological impact on an enemy.”